Advertisement
You are here: Home » What is NeoPixel LED? Can We Interface Multi Color LED Strip With Arduino?
Advertisement

Multi-color LEDs becoming common in decoration. Questions with NeoPixel LED also becoming common. What is NeoPixel LED? NeoPixel LEDs are digital LEDs which has 3 LED in each package for RGB and own IC. They are digitally addressable LEDs and gives us the control on large numbers of LEDs using digital signals. Can We Interface Consumer Grade Multi Color LED Strip Sold For Home, Christmas, Diwali Decoration With Arduino? Difficult to answer! Some of them do use the real NeoPixel and are exactly the same which are sold for Arduino. NeoPixel at present costs few cents per unit in wholesale. Probably you need to know about NeoPixel LED more to identify what are we are talking about.

What is NeoPixel LED?

These kind of LEDs are manufactured by a company called Worldsemi Co. They have four connections – 5V Power, Ground, Data In and Data Out. That Data Out is for for daisy chaining. Each strip commonly have marking at 1 meter gap to cut, along with those four connections exposed for soldering. Most NeoPixels are 5V, you must follow standard guide for wiring with Arduino to avoid blowing away or just not working.

Not all addressable RGB LEDs are NeoPixels. NeoPixel is Adafruit’s branded name for some them which are individually-addressable RGB color pixels and strips based on the WS2812, WS2811 and SK6812 LED/drivers. They use a single-wire control protocol. Also, NeoPixel usually are LEDs with 5050 brightness. 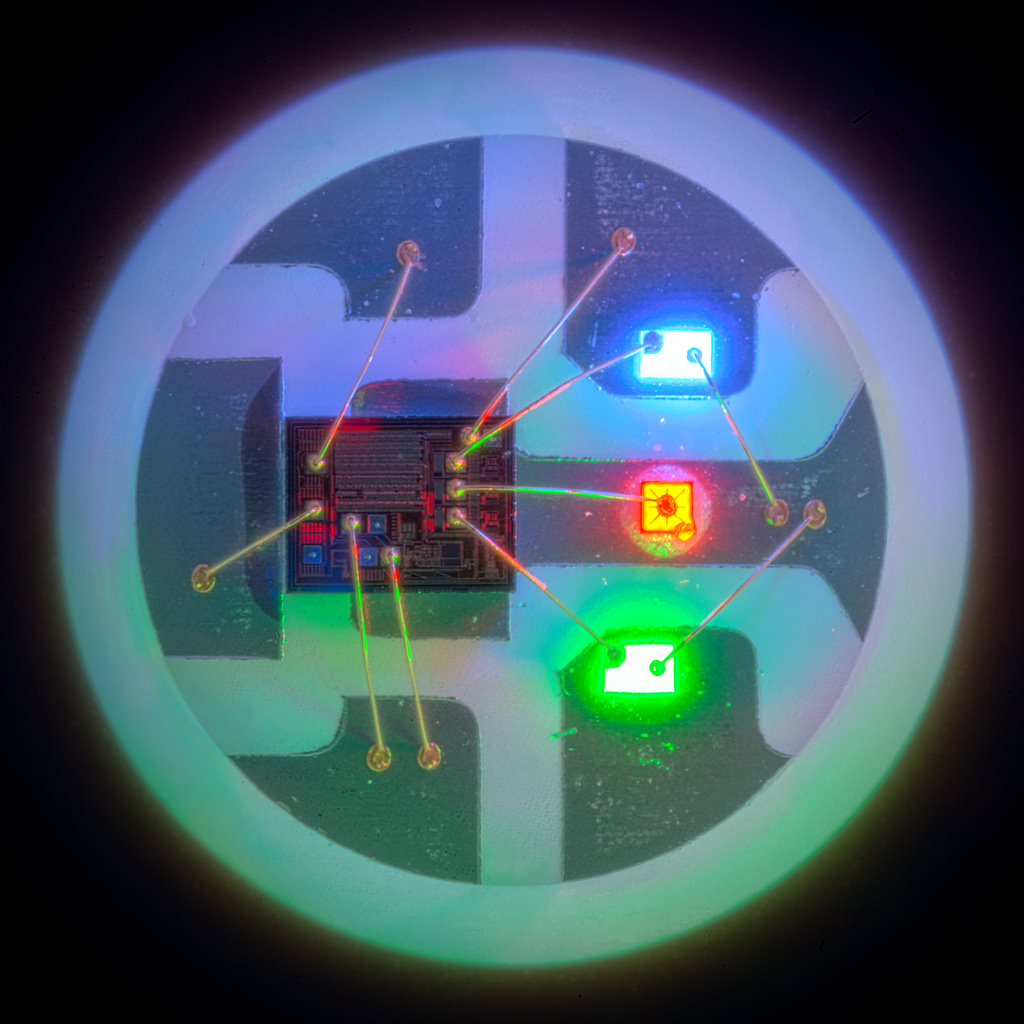 Can We Interface Decoration Multi Color LED Strip With Arduino?

You must be careful while working with RGB LEDs because they draw huge power. If we try to power more than two NeoPixel LEDs from the 5V pin of Arduino UNO, we will most probably fry the board. We need to supply external power, add a capacitor and common the ground after adding a resistor. If each of these NeoPixel LED at full brightness draw 60mA current, then for n number of LEDs we are drawing n x 0.06 mA of current. For strips with 60 NeoPixel LEDs per meter, 5 meter may draw a total current of more than 10 Ampere! So, make sure that your DIY work and consumer grade decoration RGB light do not blow away your wiring of house, in case you are powering from AC to DC converter. Consumer grade stuffs usually lack datasheet pushing things towards assumption. You probably need circuit breaker for such work.

If one of the IC in the package fails, every device that follows in the daisy chain will fail to receive data. They are mounted on flexible PCB. It is not easy to safely solder.

Articles Related to What is NeoPixel LED? Can We Interface Multi Color LED Strip With Arduino?

Cite this article as: Abhishek Ghosh, "What is NeoPixel LED? Can We Interface Multi Color LED Strip With Arduino?," in The Customize Windows, August 26, 2018, January 27, 2023, https://thecustomizewindows.com/2018/08/what-is-neopixel-led-can-we-interface-multi-color-led-strip-with-arduino/.
Source:The Customize Windows, JiMA.in