These days, all over the earth in various resturents, malls TV backlight can be seen. Large Screen TV Backlighting Not Just Funky Decorative. They Really Reduce the Eye Strain and Some Form Static and Responsive Light Required. Bias lighting can help reduce the eye strain cuased by long exposures to TV screens and monitors in dark rooms. It can also help make the grays and blacks on your screen seem richer – an apparent richness of contrast. As the thing looks great and has some genuine good point, their cost starts from $10 and ends near $300.

Static versions are cheaper, produce one colored light at one time and China mass manufactures. They are practically orinary Christmas lights. These are commonly used and even Phillips has such LED strips and bulbs named Phillips Hue wireless LED (which supports a mobile app to adjust color). Such bulbs from Phillips is best in my opinion. Allumium bulb shades worldwide sold for outdoor works. Basic problem is that – thing from Phillips is complex bulb with not much option to tweak with Arduino like prototyping boards. LED lights avoids the problem of heat generation.

Just purchasing bulk ordinary blue or amber LEDs, mounting them on prototyping board, having some basic control to adjust brightness will be cheap and cost effective. I have plan of creating such cheap project with Arduino. RGB LEDs for this purpose is a solid rip off —  red, green, yellow, blue LEDs costs far lesser and the things actually not visible.

Regarding responsive  TV Backlighting – it sounds and looks great on photograph : 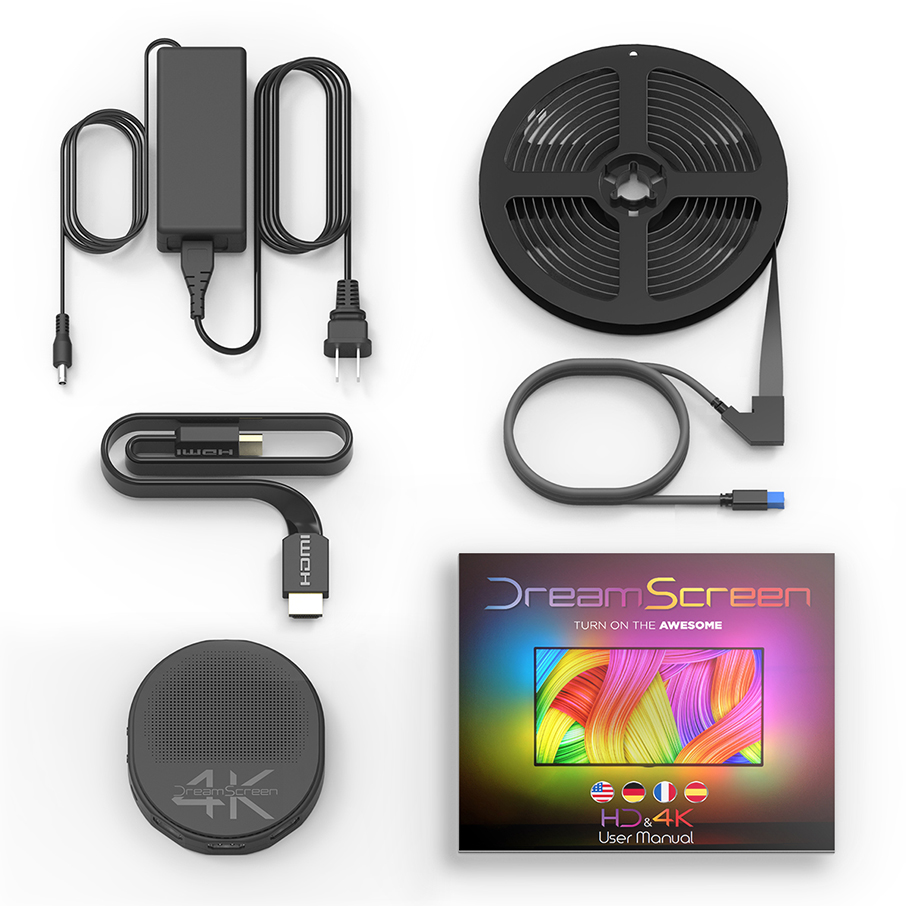 It sounds great – the RGB LEDS will change color depending on the color of the pixels the edge of the screen. It gives a color bleeding like feel. But it is only practical for watching still photographs, browsing and games. There are two technologies to acheive it – camera and HDMI input. Camera eats up huge number of ports.

Responsive TV backlighting gives fucking peculiar feel for many movies. I am thankful to the neighbour who purchased one such before me. I watched The Matrix for 1 hour with it. Basically the technology is too primitive. When Neo punching on screen color change drawing attraction out of the screen. It is too fast. Our brains are not used with such peculiar phenomenon. Mind goes towards the light watching. I guess, these are good for the showrooms, resturents. It is good where showbiz needed to make human fool. If the price was $20 then it could be considered. These days, there are really lot of other things to buy.

Of course, you can change the “mode” to make it static light. But then paying so much becomes meaningless.

Adafruit has some solution :

Our basic need is decent diffused bright light behind the screen.

This Article Has Been Shared 488 Times!