Most companies do not have a cyber-crisis plan, and only about half of executives understand cyber-resilience has a reputation. According to Ponemon Institute’s Cost of Data Breach Study (PDF), the overwhelming majority of businesses are inadequately prepared to respond to cybersecurity incidents. For example, 77 percent of the 3,655 respondents said they had a cyber-attack crisis plan. However, the shortcomings in the crisis response to IT security incidents have remained consistent over the last four years of the Ponemon report. Of the surveyed companies that have such a plan, more than half (54 percent) test their plans only infrequently. As a result, they often face major challenges in effectively controlling the complex processes and coordination after a cyberattack.

Automation is still in its infancy

The mentioned study examined the effects of automation on cyber-defenses. The focus was on technologies that complement or replace human intervention in identifying and controlling cyber attacks or violations. These include artificial intelligence, machine learning, analytics, and orchestration tools. Fewer than a quarter of the respondents said that automation in a security context was significantly applied in their own company. However the rest reported that they use automation only moderately, insignificantly or not at all.

The study results suggest a positive correlation between the use of automation and defense capability. On average, companies deploying security automation have saved $ 1.5 million in the total cost of a successful cyber attack, as opposed to companies that do not, or only partially, use it.

Shortage of skills and increasing complexity are slowing down cyber resilience

The continuing shortage of IT professionals poses a major challenge for the companies. Thus, the participants of the study, on average, with 10 to 20 vacant places to fight. As a result, they can not adequately maintain and test response plans for security incidents. In fact, less than a third of the respondents said that staffing capacity was sufficient to ensure a high level of cyber resilience. As many as 75 percent of respondents reported moderately high to high difficulty hiring and retaining suitable cybersecurity personnel. In addition, nearly half of respondents reported that their company uses too many separate security tools. This would make IT operations more complex and make it harder to detect the threat situation. In return, companies in the study report that cyber-defense can be improved by making their IT landscape less complex. More than half of the respondents who claim to be very resilient report that they have the right amount of IT security solutions and technologies.

As a rule, companies benefit from backing from their board of directors or their management. It is clear that only two-thirds of the respondents report that top-management is aware that cyber-attack resilience affects sales. Another 56 percent of respondents say that this also applies to the brand and reputation. Likewise, communication with senior executives about the state of cyber resilience is more common among top performers. More than half of the respondents from this group inform their board about how effective cyber-resilience is in preventing, detecting, containing and responding to cyber-attacks. Of the totality of companies, on average only 40 percent do so. As a result, top performers are one-third less disruptive to business processes or IT services than the average. 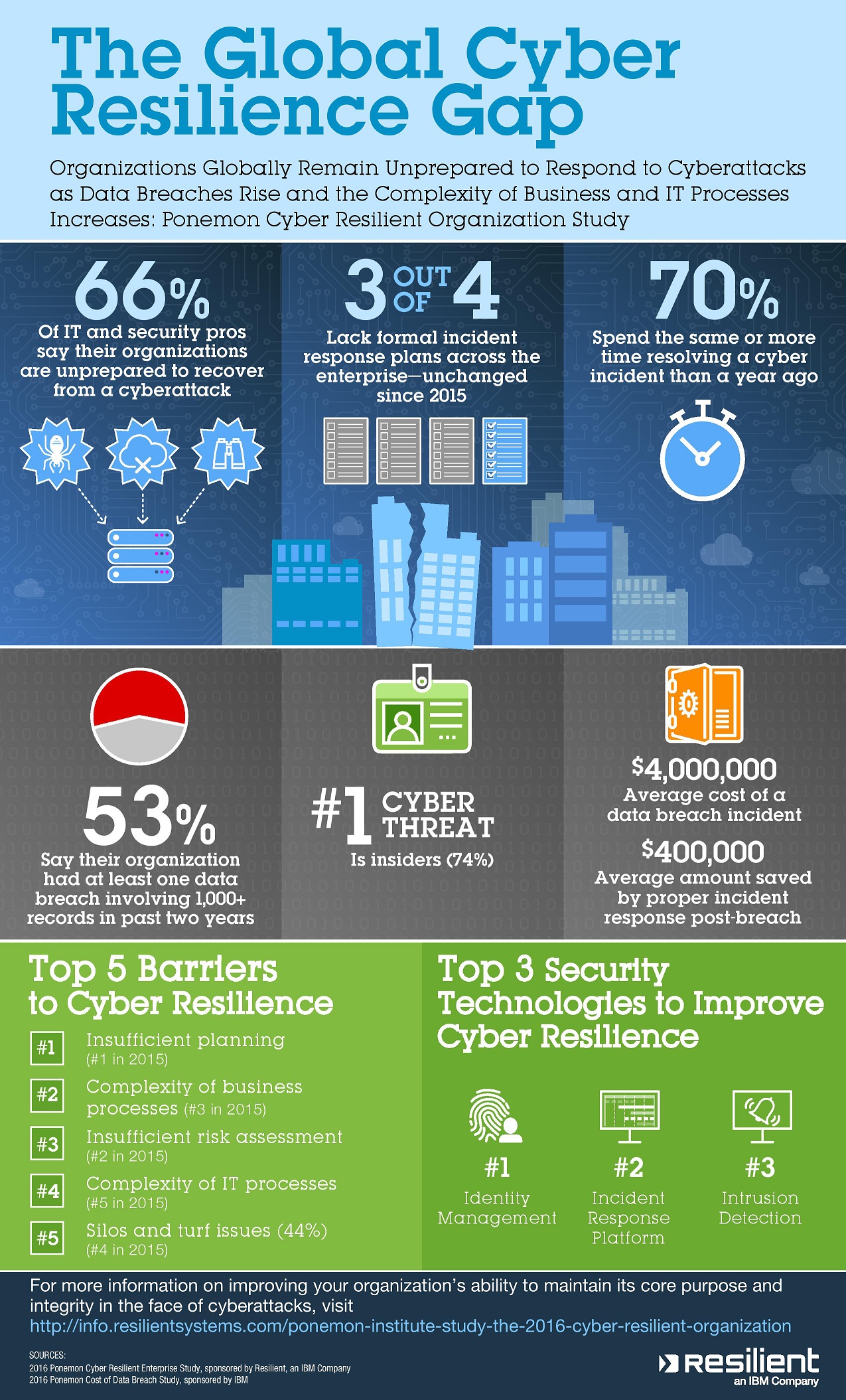 The cost of a data breach as the result of malicious attacks and botnets were more costly and severe. Additionally, organizations are spending more on legal defense costs. The growing awareness of IT security is leading top management to understand that automation, machine learning, AI, and orchestration can reduce risk and strengthen IT resilience. The leadership culture makes a big difference. Increasing awareness is driving investment in tools and personnel to enhance resilience to cyberattacks.

While awareness of cyber-threats on the executive floor is growing at a gratifying pace, much groundwork is still needed. In the digital business, availability of IT, data integrity, and privacy are three cornerstones that can not be trapped. Particularly lagging companies run the risk of encountering major interruptions and failures due to lack of preparation and lack of management support, thereby suffering competitive disadvantages.

This Article Has Been Shared 682 Times!