Advertisement
You are here: Home » How to Choose to Between Docker and Kubernetes?
Advertisement

How to choose to between Docker and Kubernetes? Many of the interested prospective users of Docker, Kubernetes lack enough work experience. It is probably better to read our article How Kubernetes is Different From Docker and Docker Swarm to get an idea of what they actually offer. There is a major misconception about the similarities between docker and Kubernetes. But in reality, they are quite different and indeed they are dependant on one another.

Most should start with Docker and later move on to Kubernetes. Docker allows us to create, run and manage Containers. Docker can be used to create containerized applications and run them as Container instances. Docker is a powerful tool to pass the container images between servers, simplifying development, testing, and deployment of applications. Container is a virtual machine like environment, separated and partially independent from the host.

On the other hand, Kubernetes uses Docker containers and is a Container Cluster Operating/Orchestration Environment (COE). According to the official website, Kubernetes is “an open-source system for automating deployment, scaling, and management of containerized applications.” Docker allows to containerize the application. But more often we need orchestration tools while rolling out the app for production use. Docker Containers are the most used containers in Kubernetes. LXC, Rkt containers can be also be used with Kubernetes, but not really. They are not commonly used unlike Docker. 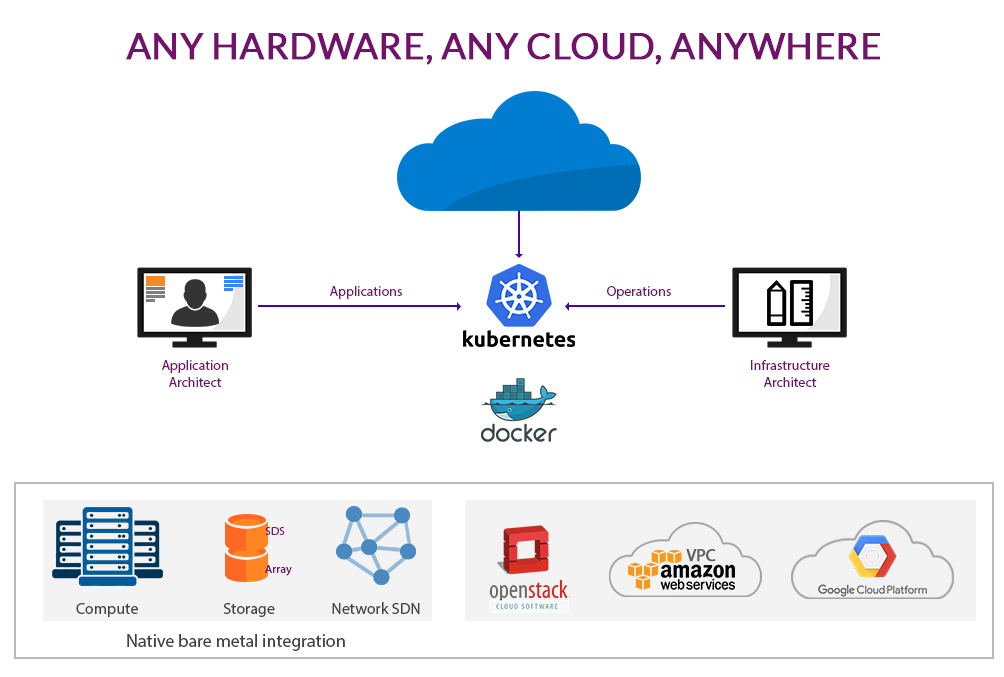 Kubernetes will manage the lifecycle of containerized application using the Docker Engine but it also can manage the scaling of the Containers. Kubernetes provides a complete system for running many containers across multiple hosts. Docker software includes Docker Swarm, which is a Container Cluster Operating/Orchestration Environment (COE) from them (like Kubernetes). Kubernetes allows running containers across several compute nodes that can be bare-metal servers or VMs. Kubernetes makes sure that the production application is running in the way that it should be.

As conclusion, depending on your particular need, docker can be used alone. However for scaling, multi-cloud deployment, monitoring you will need Kubernetes (with docker). An infrastructure engineer who setup, maintains a Kubernetes cluster or a DevOps who monitors testing, staging and production, will have a deeper understanding of both technologies and their underlying architecture. For the rest, it is better to read our another article on DevOps and Containerization Tools for a hint to the required working knowledge.

This Article Has Been Shared 308 Times!

Articles Related to How to Choose to Between Docker and Kubernetes?