Sub 20Hz sounds are infrasound and commonly we need special electrical system to pick up the sounds of that range. Infrasounds are low frequency sound waves. They are both mechanical vibrations and acoustic oscillations. They are usually below the threshold of sounds perceptible to the human ear (between 0 Hz and 16 to 20 Hz approximately) At lower frequencies, for physiological reasons, they are no longer perceived by hearing. Numerous studies have focused on the production and transmission of infrasound and ultrasound, as well as on human sensitivity. The most constant and common natural sources of infrasound are is wind, marine waves, natural seismicity of the earth. Artificial sources of infrasound are more and more numerous.

The sensitivity of human hearing to sound spectrum and sound intensity varies, depending on age, attention, and individuals, from approximately 20 to 20,000 Hz. The 20 to 40 Hz frequency band is a transition zone between infrasound and audible sounds. Above 20 kHz and below 20 Hz, sounds are generally not perceptible to the ear except at high intensity for a certain range of infrasound; other organs then make it possible to feel them as a vibratory phenomenon. For example, the rib cage, abdomen, skin, eyeballs, muscles, skeleton or cranial box or other internal organs resonate with them or feel the induced vibrational energy.

Such infrasound is also perceptible to a deaf person, for example for sound levels of the order of 124 dB at 4 Hz. In these cases we sometimes speak of “vibrotactile perception” (but this word has other meanings). Above 40 Hz and up to 100 Hz, it is admitted that we are dealing with low-frequency audible sounds, and as for all audible frequencies, binaural hearing seems to improve the sensitivity to infrasound (3 dB compared to a monaural hearing).

It has long been known that high-intensity noise is deleterious to hearing, and for several decades attempts have been made to detect and measure possible effects of the inaudible part of the vibrations to which we are exposed. NASA, which exposes its pilots and astronauts to very high levels of vibration and noise, is particularly interested. The experiments preparing the Apollo missions, exposed, under medical supervision, volunteers to very high levels of infrasound (120 to 140 dB), without harmful effects detected on their health, and we know that a high level of infrasound is much more bearable than the same sound level in the normal range of audible frequencies. The laboratory animal model has shown that infrasounds have physiological effects, but only in the case of chronic exposures and high. In humans, from a high level of decibels reactions of fatigue, depression, stress, irritation, asthenia, headache, disturbances of alertness or balance and nausea have been described by some residents of large wind turbines. The threshold of audibility is the minimum sound volume perceptible by the human ear. The lower the sound frequencies, the higher the sound level must be so that it is noticeable. These reactions could be due to the vibration of certain internal organs (digestive, cardiovascular, respiratory) or eyeballs in the presence of certain infrasounds, but such reactions appear only at thresholds much higher than the infrasound emitted wind turbines. 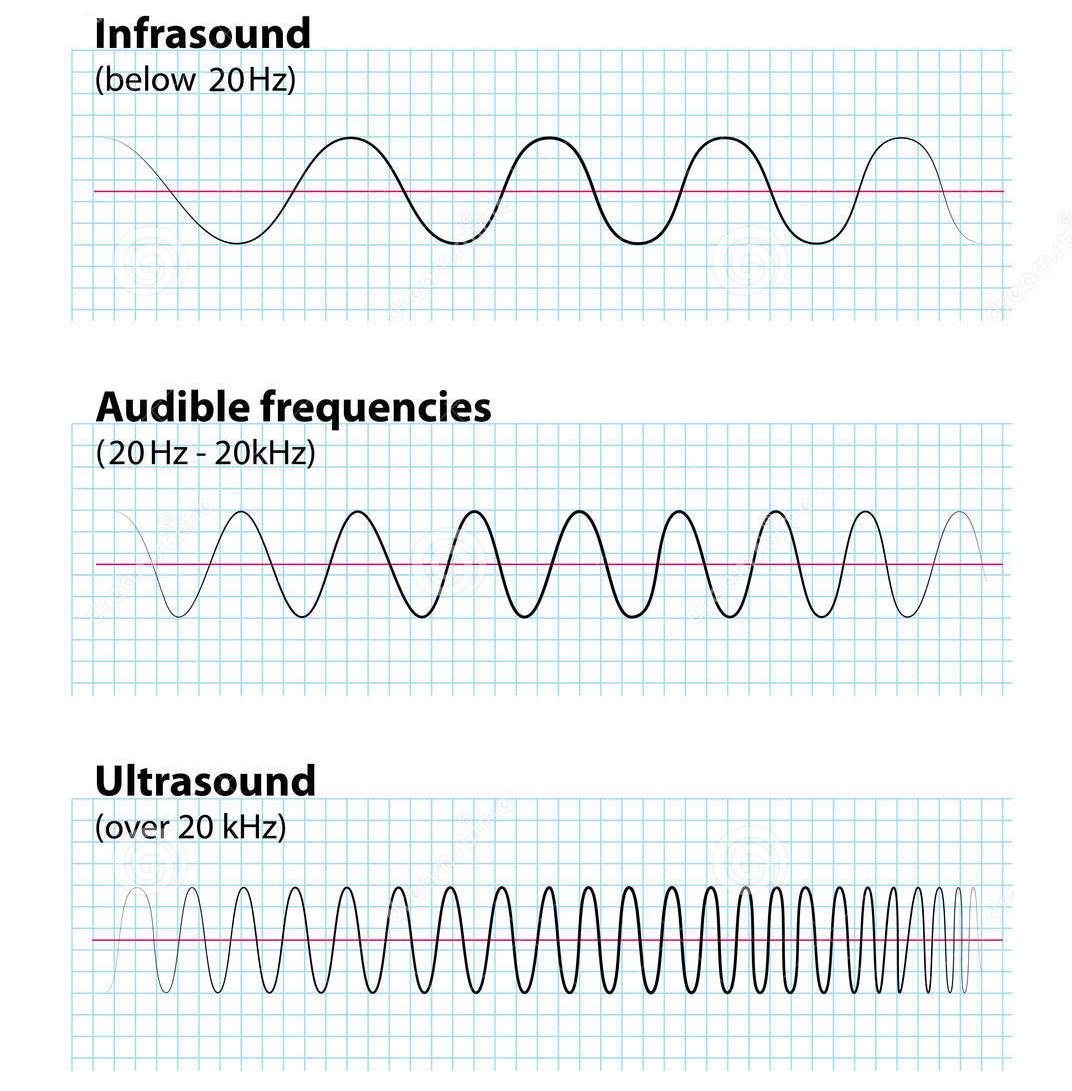 During the First World War, the allies have used infrasound to locate the artillery enemy (sometimes distant, hidden in the forest or mounted on rails). Today, fixed or mobile sensor networks allow the detection, measurement and tracking over thousands of kilometers of large waves of low-frequency acoustic waves (mainly including infrasound, up to frequencies of only a few hertz), waves of waves propagating in the ground, the sea or the Earth’s atmosphere. Computer analysis makes it possible to isolate them. They can then detect and locate natural emissions (tsunamis, volcanism, meteorite entry into the atmosphere) and/or artificial emissions such as sonic boomsupersonic aircraft or explosions (nuclear tests or accidents in particular), which each have particular “signatures”.

Fine modeling work (in 2D and 3D) in acoustics and mechanics of fluids are still in progress. They aim to better take into account infrasound interactions with seasonal and day/night temperature variations. It is also a question of taking into account the inhomogeneity of the subsoil and mountains. This is done based on the Burgers’ equation and the Navier-Stokes equations.

In certain individuals, low-frequency sound can induce feelings of fear or dread. As it can resonate the human eyes causing to vibrate, it may lead to distorted vision which may appear as “ghost” sightings.

Commercial infrasonic microphones are expensive for the budget-conscious. However, as long high-precision measuring device is not required, we can build infrasonic microphone ourselves using a few components. The work of a microphone is to convert a sound into an electrical voltage. That topic demands another article to discuss some theory.

Articles Related to What is Infrasound? How Human Reacts to Sub 20Hz Infrasound?