Advertisement
You are here: Home » 2-in-1 convertible laptops vs Android Tablets
Advertisement

2-in-1 laptops have a screen which flips back 360 degrees. The screen can be detachable, which makes hybrid of tablet and desktop and the rest 2-in-1 laptops have a screen that flips off, providing a tablet experience and commonly named as “convertible”. Unless desktop computers are in consideration, 2-in-1 convertible laptops with 14 inch and 15-inch screens are of definite attraction.
There are few players of this segment – HP, Lenovo, Dell, Asus and Microsoft. Apple with iPad Pro tablet and MacBook as laptop still a standard for having aluminium unibody chassis. They are not considered in this article for two big reasons – Apple created/maintained OS and hardware offers proprietary features which makes them lesser when USG accessories are considered. Apple products are closer to be microcomputer derivatives than can be compared with PC. 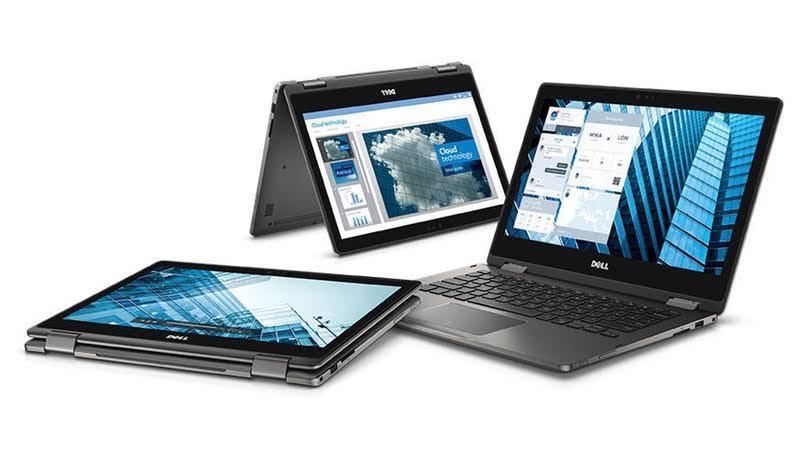 Comparison of 2-in-1 convertible and traditional laptops

We must highlight the fact — 2-in-1 laptops are not exactly true laptops. 2-in-1 laptops often lack many of the hardware features of true laptops. 2-in-1 laptops have and true laptops both have full PC operating systems and faster processors. That means, in most cases both of them can handle more advanced computing tasks than tablets.
2-in-1s and true laptops are more easily expandable with multiple ports and slots. It is the business users who are favouring 2-in-1 as kind of true laptop replacements. However, most of the tablets are option ideal for note-taking, graphical illustration, touch screen data entry, presentations, and so on.
Tablets are really powerless with limited mobile operating systems. But the advantage of tablets in portability, having a larger screen than the smartphones etc. Tablets are quite often funny when computing power is compared with a desktop or a top model true laptop with a graphics card. Tablets are limited for certain usages while true traditional laptops are “lighter” alternative of the desktops.
Nothing can beat the desktops when raw performance, customizable hardware, repairability, lower-cost are considered. However, most of the true traditional laptops are more than enough with enough RAM, graphics card unless playing the most modern 3D game is the plan.

A lot of modern true laptops and ultrabooks are super thin, lightweight and compact. But it is a fact that the 2-in-1 laptops still wins out for having the touchscreen. Their keyboards are pretty thin, adding almost no bulk to the tablet portion of the device. And for the detachable 2-in-1s, you don’t have to take the keyboard at all if you don’t want.
2-in-1 laptops are probably designed to work in laptop mode and touch the screen to easily interact – like dragging the progress bar of a playing video or close a tab of a browser by tapping the close button. Those who are more interested in performance and small more space of the bag is available, maybe the true laptops will be their better choice with a better keyboard. Photographer, videographer, bloggers, journalists will probably benefit from true laptops with some extra arrangement for touch input. Some laptops and convertibles have touch screens and support Windows Ink through the use of a digital pen. But really, there’s no better experience than that on a 2-in-1. Many of the features of 2-in-1 are borrowed from the smartphones including USB-C port.

Comparison of 2-in-1 convertible and tablets

Now the question becomes, are the Android tablets useful in this scenario? No. Simply because their cost is closest more to the 2-in-1 laptops with detachable screens and lack ports, option to switch to the full operating system. Most of the users just need a good smartphone and a laptop. The laptop can be either 2-in-1 or traditional laptop. Few users just need a good smartphone and a laptop. When you are using a pen, usually you do not need the keyboard (at the back surface when folded). Handwriting, illustration, marking documents are an incredibly natural experience. Unfortunately, high-resolution touch screen which supports digital pens cost so higher that Surface Pro like 2-in-1 options become more effective than the tablets.

High-end 2-in-1 laptops with graphics tablets have a compromise with the keyboard part. That is not a huge obstacle until the model has multiple USB ports to connect an external mechanical keyboard and mouse. 2-in-1 laptops can be folded to “tent mode” to easily have space in front to place a keyboard.

Tagged With 2 in 1 laptops , 2in1 laptops touchscreen VS TABLETS , android convertibles

Articles Related to 2-in-1 convertible laptops vs Android Tablets