Advertisement
You are here: Home » Can We Reprogram a Musical Greeting Card Circuit?
Advertisement

The easy time-saving answer is “do not try”. All of them are cheap. The original “chip corders” were developed by Richard Simko, sold by ISD could record 20 seconds of the analogue signal. Later, Nuvoton acquired ISD and developed for longer record times at relatively inexpensive end cost. A web search with the phrase “Chip Corder” should give you plenty of examples of the chips. If there is a black blob, that is a COB (chip on board).

The board may contain an EEPROM (Electronically Erasable Programmable Read-Only Memory). The logical guess is that we can probably change it. But we will need the right software to do so. But if the thing is a UVEPROM (Ultraviolet Erasable) or a PROM, then we can not change it. Most of these are One Time Programmable (OTP) chips. Also, some are mask programmed. Efforts to reprogram them may drive completely insane, resulting to give up anything electronic and curse the whole earth. They are designed not to be hack-able to run the business model. 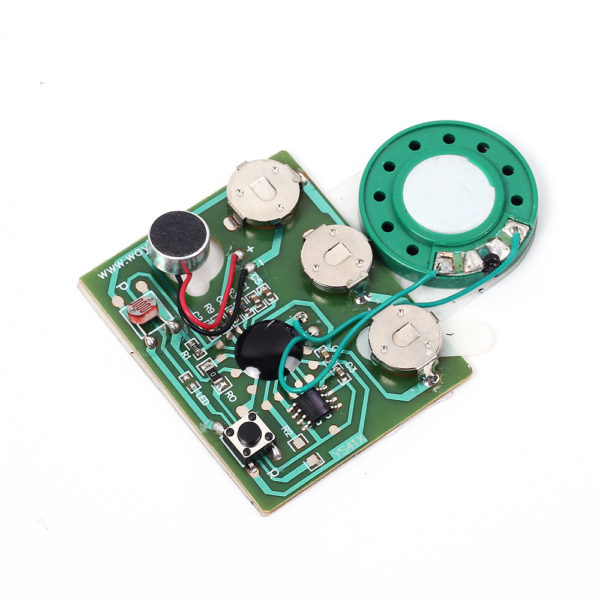 Easiest mechanism to trigger the recorded voice is using some sort of photoresistor. As a greetings card need visible light to read, exposure of the circuit to light should initiate to play the greetings.

We already have some basic guides on playing short music tones with Arduino and buzzer. You can use cheaper ATtiny85 to create the circuit. If you add an LDR and program to run the file once after exposure to light then it will be your own Musical Greeting Card. Arduino made making day to day electronic stuffs just easy.

Apart from the Arduino way, readymade printed greeting cards (COB) are sold with embedded melodies, which usually need transistor 8050 and BC 557 to complete the circuit. You can read the datasheet of one such circuit (ISD 1900) :

Also, you can use IC UM66 as the music generating component with BC547 transistor. ISD1820PY can record and playback audio.

This Article Has Been Shared 557 Times!

Articles Related to Can We Reprogram a Musical Greeting Card Circuit?