Pattern recognition is the science that deals with the processes of engineering, computing, and mathematics related to physical or abstract objects, with the purpose of extracting information that allows properties to be set between sets of such objects. Pattern recognition also called pattern reading, figure identification, and shape recognition—consists of the recognition of signal patterns. Patterns are obtained from segmentation, feature extraction, and description processes where each object is represented by a collection of descriptors. The recognition system must assign each object its category or class (a set of entities that share some characteristic that differentiates them from the rest). The following processes are followed in order to recognize the patterns:

The essential point of pattern recognition is classification: you want to classify a signal depending on its characteristics. Signals, characteristics and classes can be either way, for example digital images of letters can be classified in classes “A” to “Z” depending on their pixels or can classify bird edge noises into kinds of forward orders depending on frequencies.

A complete pattern recognition system includes a sensor that faithfully collects the elements of the universe to be classified, a feature extraction mechanism whose purpose is to extract useful information, eliminating redundant and irrelevant information, and finally a decision-making stage in which the unknown class patterns assigned to the appropriate category.

The sensor is the device in charge of data acquisition. It must be able to transform physical or chemical magnitudes, called variable instrumentation, into electrical magnitudes. Instrumentation variables depend on the type of sensor and can be for example: temperature, light intensity, distance, acceleration, inclination, displacement, pressure, force, torsion, humidity, etc.

It is the process of generating features that can be used in the data classification process. It is sometimes preceded by a preprocessing of the signal, necessary to correct possible deficiencies in the data due to sensor errors, or to prepare the data for subsequent processes in the stages of feature extraction or classification.

It consists of selecting which type of characteristics or traits are most appropriate to describe the objects. To do this, the traits that have a decisive impact on the problem must be located. This stage can also be designed within the classification. The selection of variables can be differentiated according to the objectives sought:

Filter: The selection is made with a criterion independent of the classifier. It includes some methods such as:

Classification tries to map the different parts of the characteristic vector to groups or classes, based on the extracted characteristics. At this stage, what is known as machine learning is used, which aims to develop techniques that allow computers to learn.

You typically use one of the following procedures:

It assumes that you have a set of numerical measures with known probability distributions and from them you are aware.

Whether or not we have recorded a previous set that allows the system to learn, the classification may be supervised, partially supervised or unsupervised.

Discriminatory functions: if they are two classes, it is sought to obtain a g function such that for a new object O, if g(O) s 0 is assigned to class 1 and in another case to 2. If multiple classes, a set of gi functions is searched and the new object is placed in the class where the function takes the highest value.

Nearest Neighbor: A new object is placed in the class where the original sample object that most closely resembles it is.

Pattern recognition is more complex when you use templates to generate variants. For example, in Spanish, phrases often follow the “subject-predicate” pattern, but some knowledge of the language is required to detect the pattern. Pattern recognition is studied in many fields, including psychology, ethology, computer science and digital signal processing. 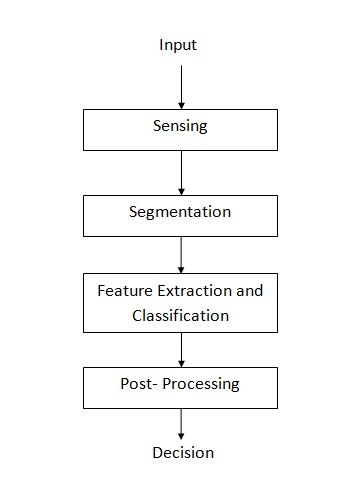 Pattern recognition systems have a variety of applications. Some of the most relevant and currently used are:

This Article Has Been Shared 967 Times!

Articles Related to What is Pattern Recognition?