Your problem is – you have re-installed Windows 10 or got some update and B&O’s icon has been vanished. You are searching the whole internet including HP’s forums to get it back. None can fix your issue. Before reading the fix, you need to know some facts.

Bang & Olufsen (B&O) was a high-end electronics company who designed a radio to work with alternating current. Indirectly Bang & Olufsen (B&O) and Harman are subsidiaries of Samsung. B&O’s goal is mainly building solutions for the automobile industry. Either Realtek or Conexant manufactures the chipset. Realtek is one of the companies who manufacture the ICs for HD audio. HP used to package the binary files in to two software – HP Audio Switch and HP Audio Control. Presently, the management of HP decided to use B&O’s some binaries, UI and logo in their laptops. Functionally – Realtek HD Sound Effect Manager, HP Audio Control and B&O Play for HP laptops perform the same job. As HP’s management decided to B&O’s UI and logo, HP Audio Control required some changes. Your actual problem is out of the defective design of software out of the effort to hide the brand names such as Realtek, HP and focus on B&O. These links show the evolution of HP’s audio control UI :

All you need to do is download the latest compatible Realtek HD Audio driver from HP’s website matching your computer’s model. It will have the compiled UI of Bang & Olufsen (B&O). Note the driver name, such as SP98297 (the number can be different in your case). Make sure that it gets installed, then reboot the system. Next works are tricky. Navigate to :

Double click this file. A window pop-up will tell you that “HP Audio Control is already installed” and offer you a button to launch the program. Notice the encoded names in the list of capabilities. 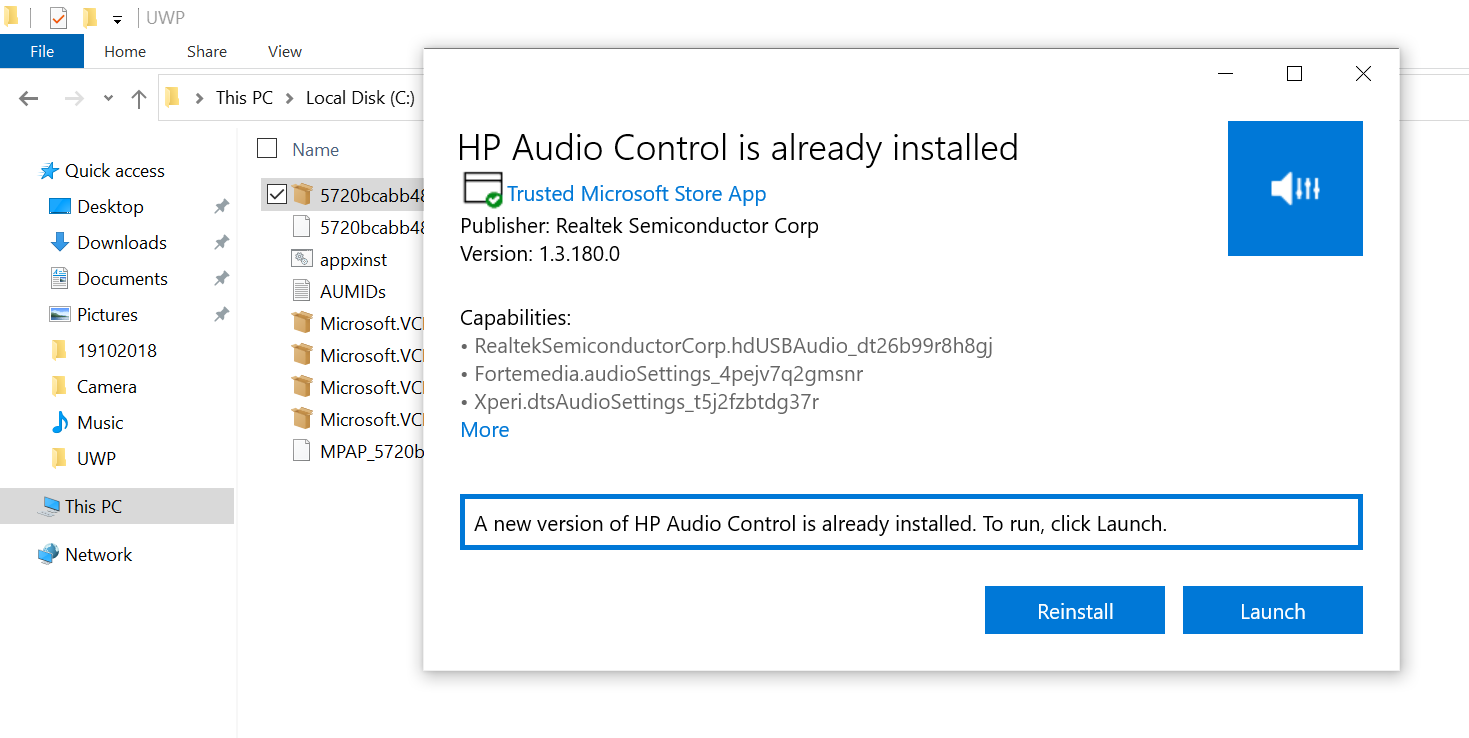 After clicking the launch button, you will get the program window you were looking for. 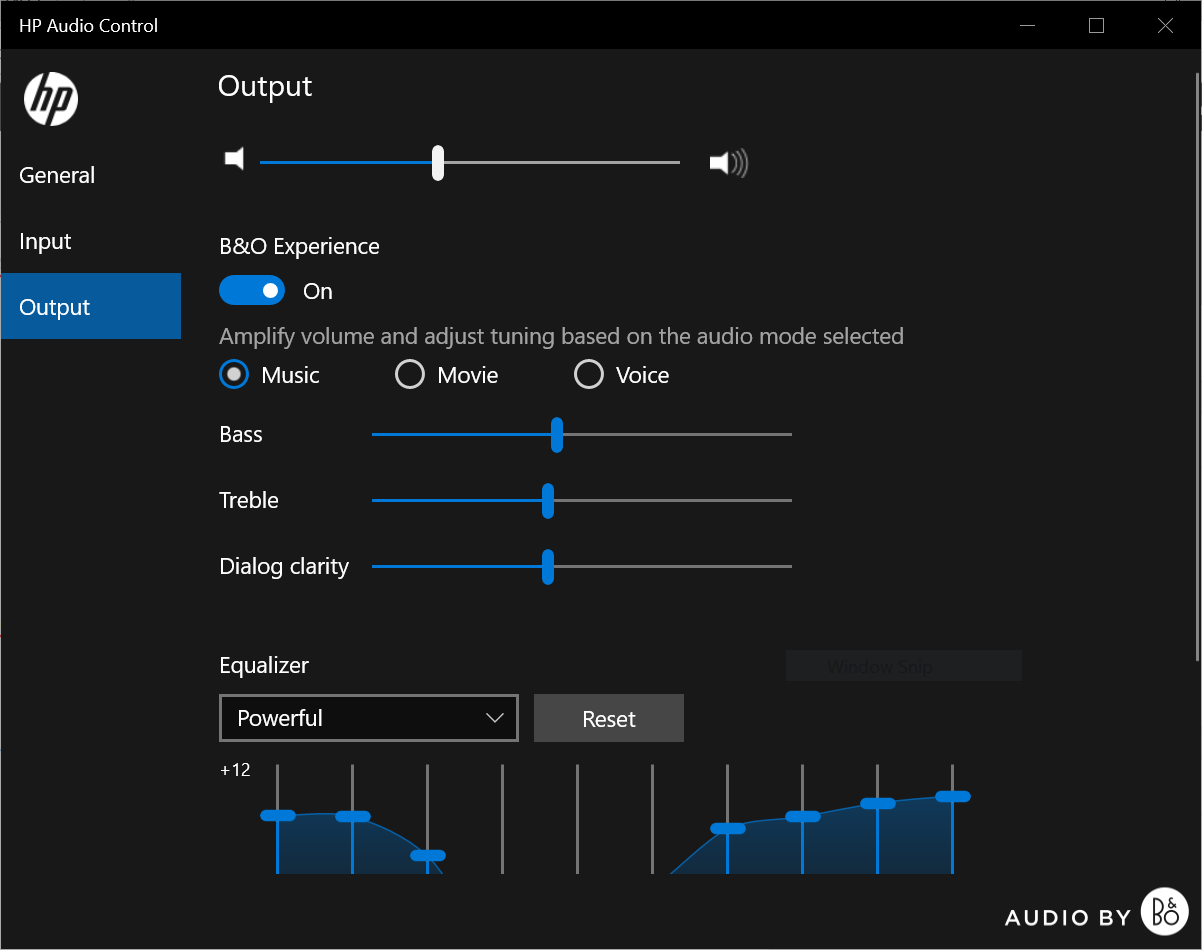 After once doing it, I found “HP Audio Control” on the Microsoft Windows start menu. I can not remember whether I saw it before! Thereafter, I could directly launch the “HP Audio Control” application (which is re-branded to be from B&O). You can pin it to the taskbar or start menu. You can not easily get the B&O icon where it was once. Probably the software compilation has lot of bugs and trying too much is risky.

The HP Audio control interface appears to be built into the Realtek High Definition Audio Driver and is not a separate application from the Realtek driver. The B&O interface is another cosmetic change. The software package is badly coded with missing exe files and a lot of symlinks. Over-engineering and research with it may result malfunction. The real application should be somewhere here :

You’ll get a file named RtkNGUI64 which was for Realtek’s GUI. Do not click it. Clicking it will make it to get added on startup items. If you find a better fix then let me know. At least the thing is working after my research.