Advertisement
You are here: Home » Effects of Digitization on Companies : Part III
Advertisement

This article is continuation of part II. The advancing digitization of companies, i.e. communication between business partners via various platforms such as e-mail or instant messenger, the automation of work steps, the availability of all data independent of time and place, enables and supports the increasingly important role of globalization and the global Trade. The following manifestations of globalization have developed into an increasingly important factor over the decades:

These factors of globalization and the resulting ever more closely networked global activities lead to changed competition. Local companies have to assert themselves against more and more international companies through the opening of the markets and constant technological developments. For companies, the physical distance to a sales market no longer plays a role.

Digitization has advanced so far that all important information and data are available worldwide via the Internet. The management of a group can monitor and control the subsidiaries that are distributed around the world in real-time, the employees usually have worldwide access to the company’s servers, and customers can buy a digital product regardless of location, be it from home or on a trip abroad. The resulting global competition forces companies to develop and innovate faster and faster so as not to lose touch. If a company misses a new development, it can lose market share within a very short period and, if necessary, be driven into bankruptcy. 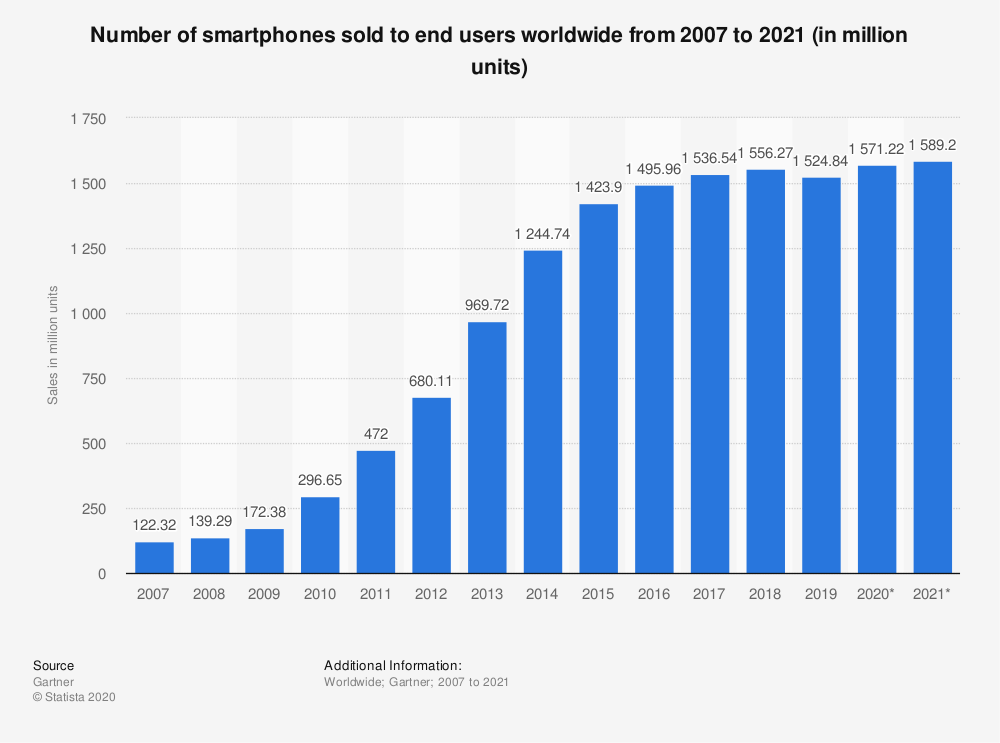 The mobile phone manufacturer Nokia is a good example of missed developments. In 2007 Nokia was the market leader in the field of mobile phones/smartphones with a market share of over 50% based on the operating system used.
Nokia did not take the competition from smartphones with touch displays seriously at the beginning. When the niche market of touch displays developed into a mass market, Nokia was no longer able to catch up with the technological lag. In the second quarter of 2010, the market share was 37.3%, followed by a sharp slump. The share fell to 2.9% at the end of 2012. Nokia initially tried to stimulate sales again with smartphones and the Symbian operating system it developed in-house, and later with cooperation with Microsoft. However, this did not succeed. The market share of the iOS operating system, which is installed on Apple’s smartphones, remains almost constant over the period between 10% and 20%. The big climber is the Android operating system from Google. It is installed on various smartphones from many manufacturers and has secured itself from almost 0% to 80% of the market within a few years. The example of Nokia clearly shows how missed development can threaten even global companies. In order not to lose market shares or to gain new market shares, companies try to bring innovations and developments to market faster, which leads to ever-faster product cycles. The term hyper-competition is often used in this context. It is defined by the worldwide, permanent struggle for more market shares and ever shorter design, innovation and product cycles. The reason for this lies in the already mentioned, digitization-driven.

Due to these changes in competition, companies have to deal with digitization, which must lead to a rethink of the previous business.

It can also happen that foreign companies offer online services that compete with local providers. The social media platforms can be cited as an example. Furthermore, due to the shorter product cycles and the great pressure of competition, companies have to bring new products to the market faster and faster in order not to lose touch with the constantly changing competition. Companies have to be flexible, dynamic and always present. Wrong decisions in management can be costly and possibly threaten the very existence of the entire company.

Digitization also contributes to the fact that companies increasingly have to beware of increasing transparency. The increasing number of networks and contacts means that economic information in the form of innovations, technologies, insights, and views can more easily get from the inside to the outside. This happens particularly through social media, which means that undesirable developments are more difficult to hide and, should they become public, more difficult to contain. The rapid spread of negative news can cause immense damage to your image within a few days. This mainly affects the PR department in companies. It must ensure that the company’s public image does not suffer and that it is as popular as possible.

Another risk, which is becoming increasingly important for companies due to advancing digitization, is Internet crime, also known as cybercrime. According to the Federal Criminal Police Office, cybercrime describes all crimes that have been committed with the help of information and communication technologies. The shortened product cycles lead to increasing pressure to bring new products and innovations onto the market. It is therefore all the more important to protect this research and development from unauthorized access. The automation of work processes and the networking of autonomous systems, machines and devices also increases the risk of cybercrime. In the event of sabotage by an infiltrated virus or the like. there could be production standstills in companies or, which would be more important for the public, standstills in companies that serve basic services, e.g. in power plants, hospitals or control centres for the transport infrastructure. Continued in next part.

This Article Has Been Shared 707 Times!

Articles Related to Effects of Digitization on Companies : Part III