Advertisement
You are here: Home » Effects of Digitization on Companies : Part I
Advertisement

Digitization has changed daily life around the world. Not only society but also, or above all, companies have changed. For a few decades now, the digital revolution has ensured that the world is turning faster and faster. In addition to the digital revolution, terms such as Industry 4.0 or Print 4.0 are also appearing. The Internet has become a meeting place for all conceivable offers and services, whether buying clothes, renting cars or looking for a cleaner for your own home. 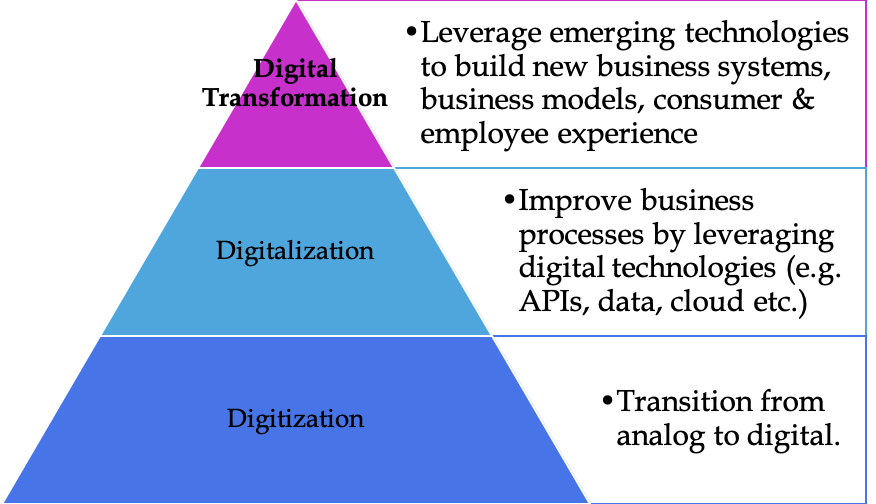 This series is intended to provide an overview of the term digitization and the changes it brings about for companies. It shows the opportunities and risks resulting from global change and how industries are affected by it. It also shows which new business models have emerged as a result of digitization and which technological aspects have played a role both in the past and today. In this series, the basics of digitization, as well as the development and important milestones, are presented. The implications at global, company and industry levels are then discussed. The focus will be on the corporate level. For this purpose, the focus is specifically on the newly created e-business and the changed communication. In the final analysis, the results are summarized and an outlook for the near future is given.

No generally applicable definition can be found for the term digitization. The meaning of the term has changed over the years, which is why there are several definitions, each with a different background. On the one hand, the term can be seen as a technical way of converting and transferring analogue quantities into a digital format. This definition goes back to the beginnings of digital data acquisition. A basic distinction can be made between three different types of data collection. When digitizing texts, letters and numbers are represented by a sequence of 0 and 1, also known as a bit code. Images are broken down into rows and columns to digitize. The individual image points also called pixels, then also receive a bit code that represents a colour. The image is then created by reading out the entire rows and columns. Audio signals are converted with the help of analogue-digital converters. These create a data stream based on the analogue input signals. The final sound quality is determined by the resolution and sampling rate of the transducer.

In a more recent definition, the term digitization is described as adapting and changing work steps or actions of individuals or companies through the use of application software. The term digital revolution is often mentioned here. This describes the rapid development of computer technology since its beginnings in the second half of the 20th century. The exponential development led within a few decades to a change in everyday life that has never happened before. The development of computers, smartphones, the Internet, etc. have influenced and shaped both companies and global society.

Digitization can be seen as a milestone in its own right for mankind. Almost all things and processes can be digitized or represented digitally today. People can communicate and interact with one another regardless of time and place. The milestones and development of digitization are closely related to those of computer technology. The most important points has been discussed in the next part of this series.

This Article Has Been Shared 289 Times!

Articles Related to Effects of Digitization on Companies : Part I