Pikocube is a funny, geeky LED cube dice project with 54 LEDs, gyroscope and Wi-Fi-control made by maker Moekoe from Germany. The dice consists of an ESP8285-01F MCU, six PCBs, a 150mAh lithium battery and charging circuit, an ADXL345 gyroscope, and 54 LEDs. Its structural design is quite clever. Of course, the project is open source with all the files available. However, it is not among the easiest DIY projects on the earth even if the SMD fabrication service is utilized to the fullest. The internal gyroscope sensor can detect the position of dice and motion. It also can be controlled via the Blynk app. ESP8285-01F is the smallest WiFi MCU measuring lesser than the tip of the index finger. It can be programmed externally with an internal battery, so its use is endless! You’ll get the BOM and CAD files from Instructables : 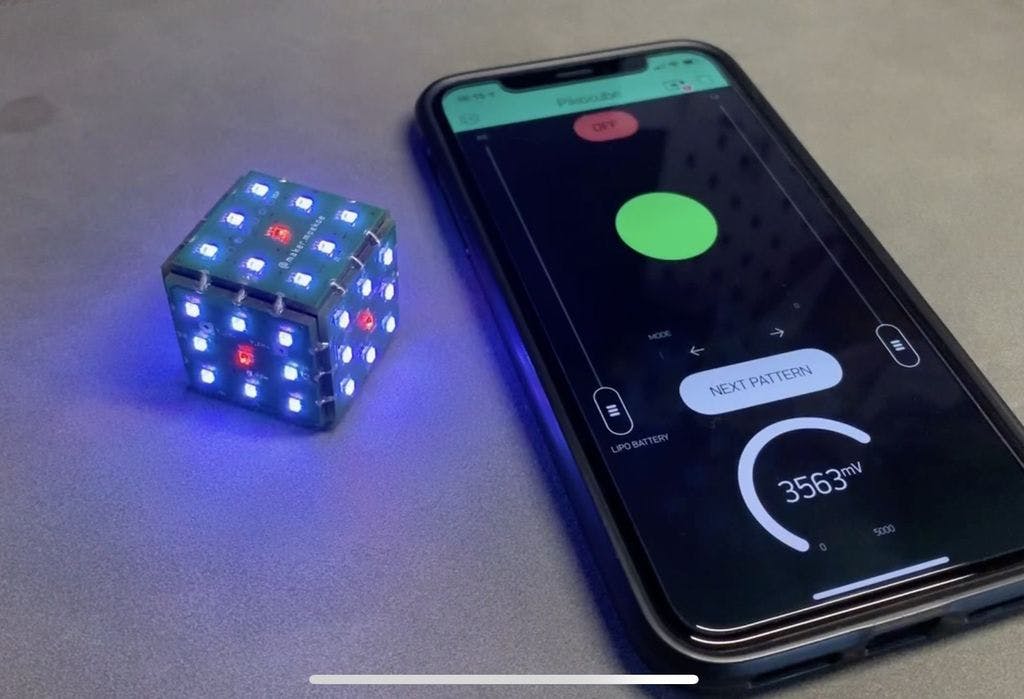 A short list of materials can be written as below :

Building the dice is interesting but it does have some problems. The mechanical strength of the cube is too less, making it a temporary thing. The exposed SMD LEDs will tend to fall with time. These problems can be resolved by putting the cube inside a transparent plastic enclosure. However, access to the battery and MCU will need desoldering at least one side of the cube. In the second edition, wireless charging has been used. The inductive power is interfered by the PCB and other components. Therefore, a 3D printed charging stand is required. The cube is extremely clever and great to have. But the designing needs to be re-thought for keeping it working years after years.

This Article Has Been Shared 257 Times!