Narrowband IoT is a radio technology standard with a focus on the coverage of enclosed spaces, low cost, long battery life, and high connection densities. NarrowBand-IoT – also known as LTE Cat NB1 – is a standard-based wireless technology that originates from the family of Low Power Wide Area Networks(LPWAN). NB-IoT is a type of Low Power Broadband Network which uses a standard LTE network expansion, however, the bandwidth is limited to a single 200kHz band.

When the LTE/4G mobile standard was launched, many questioned how they used use cases and sales. Today, the situation is reversed. But will it take time for the successor 5G to spread in the area; full coverage is not expected to take place for cost reasons. NB-IoT is a smart alternative, at least for some IoT scenarios. And since the technology is anything but energy-hungry, quickly and cost-effectively available and has good wireless properties, NB-IoT remains attractive, even if 5G is available nationwide.

The concept focused on the idea of networking devices or sensors that, for example, are widely distributed and/or difficult to reach. A glance at this “obligation booklet” already shows that the technology is intended for use in environments that would be difficult and therefore expensive to achieve with conventional mobile communications.

Despite this demarcation, NB IoT can be seamlessly integrated into existing mobile networks because it relies on appropriate and existing technology. Commissioning is even possible without hardware updates. Interested parties can, for example, cooperate with the mobile operators, who offer corresponding solutions in each case. Since the network operators themselves can generate additional revenues and find comprehensive IoT scenarios, such offers are available – especially since they are relatively easy to realize for mobile operators due to the relatively low effort. 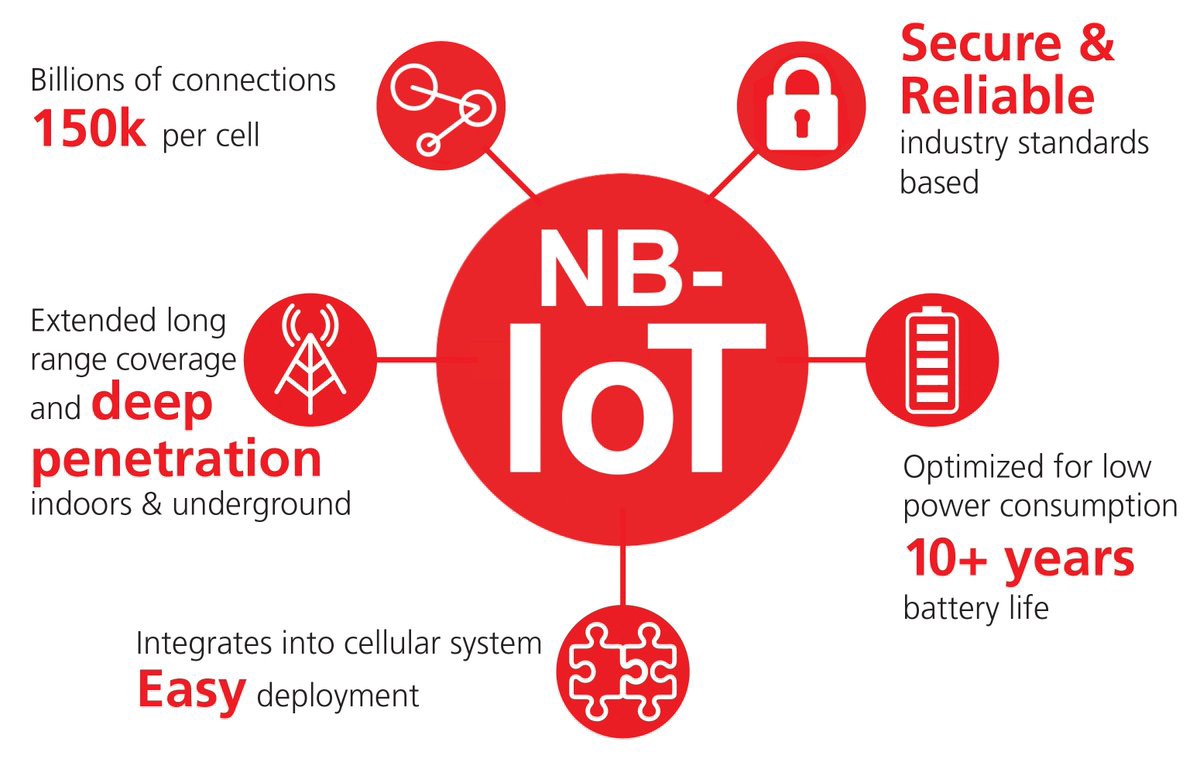 One of the central advantages is certainly the range or the good penetration of structures such as buildings; The use of NarrowBand IoT is possible even in the underground. The low hardware costs also suggest that technology should be considered in IoT projects. Chips and modems are available at a cheaper price. The technically secured scalability of the system is made possible by using up to 100,000 devices within an existing radio cell. Established encryption secures applications.

In addition to the relatively simple feasibility mentioned, the energy-saving device connections have already been addressed. The basis for this is the optimization to the transmission of small data packets, which are caused by typical devices, such as sensors. Combined with high-performance batteries, operating periods of up to ten years can be planned.

Articles Related to What is Narrowband IoT?