Small/little data are data of a sufficiently small dimension for human understanding. Both their volume and format make them accessible, informative and actionable for decision making. While the term “big data” refers to machines, micro-data refers to people, small data is what we used to understand simply by the phrase data. The only way to understand big data is to reduce them into visual elements representative of various aspects of large data sets (such as synthetic indicators or charts). Big data pursue the search for correlations, while small-data points to the whys.

Small data contrasts with big data, the later refers to a combination of structured and unstructured data that may be of exabytes. Small data consists of usable chunks.

A formal definition of small data has been proposed “micro-data connect people with timely, meaningful ideas (derived from local big data and/or “sources),” organized and packaged – often visually – to be accessible, understandable, and actionable for everyday tasks.” Another definition of small data is the specific attributes produced by the Internet of Things. These are a small set of data such as temperature, geolocation and so on.

The required setup for analyzing small data is not as intense as that of big data. 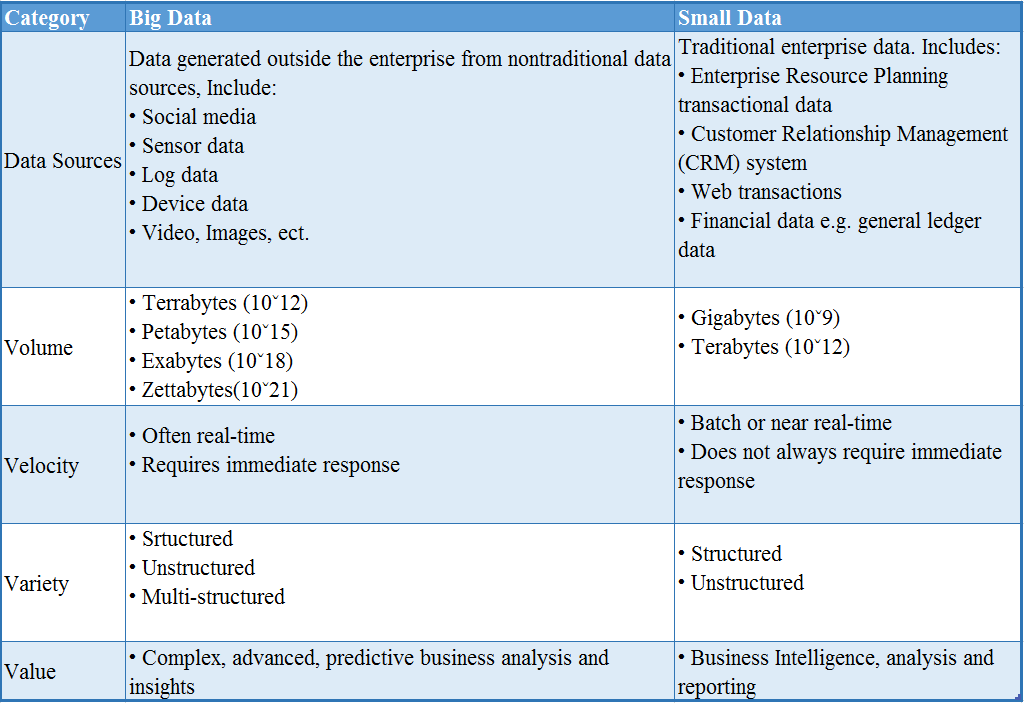 Small data has a big importance in marketing. Many organizations still underestimate Small Data. An example can be using samples of millions of consumers instead of recognizing the value of closely observing small samples. They should consider 7Cs :

Another field of usage of small data in healthcare. This segment is not only for gathering data from chronic patients but also for tracking their habits. Various chronic diseases have been researched for the factor of “lifestyle changes” and gathering plenty of analysis could specifically adjust a particular family.

The other usage areas of small data include the postal services and aerospace.

This Article Has Been Shared 342 Times!

Articles Related to What is Small Data?