Advertisement
You are here: Home » How to Transfer Your Data Seamlessly When Getting a New Phone
Advertisement

Back when smartphones were a sci-fi concept, and people would spend hours playing Snake on their Nokia 3310, mobile phones were pretty long-lasting investments. It wasn’t uncommon for someone to hold on to their phone for five years and when they eventually had to switch, the process was pretty straightforward: you took out the SIM card from the old phone, inserted it into the new one, and the only data you had to worry about transferring was the contact list.

Now, things couldn’t be more different. According to the latest data, people change their phones every couple of years, and tech enthusiasts can even change them multiple times per year. Consumers can’t really be blamed for wanting to upgrade. Good phones are getting cheaper, and it’s always tempting to buy the new flagship with a better camera, higher screen quality, and a sleeker design. Not even smartphone companies can recommend using their products for more than three years because the software becomes outdated quickly, the phones no longer get security upgrades, and the battery health starts to drop.

The switch can be pretty stressful, though. Unlike in the past, modern smartphones are capable of storing much more than a list of contacts. They’re basically extensions of ourselves. They can store gigabytes of photos, videos, documents, messages, and a lot of personal data in apps. To a certain extent, phones have replaced TVs, laptops, cameras, and even credit cards, so when you switch from one phone to another, you might need a couple of hours.

What’s the easiest smartphone to switch to?

In general, switching from iPhone to Android and vice-versa is more complicated because you’re dealing with two different operating systems. Even though there are official apps for migrating from one system to the other, they’re not infallible and, quite often, the data transfer is incomplete, which is why you should still do a manual backup.

People who switch from one iPhone to another usually have the easiest job because Apple did a pretty good job at allowing transfers over the cloud. After syncing the two phones, you even have the same wallpaper, the same icon arrangement on the screen, and even your browser history is there. However, errors have happened, and even iPhone users have discovered that some data is missing, especially text messages. In this case, having a third-party backup app on hand really comes in useful.

Best practices when switching to a new phone

Do a full automatic backup

The easiest way to transfer data from one phone to another is to do a full backup in advance. This will sync your iCloud or Google account so that most of the data is automatically transferred when you log into the new phone: contacts, photos, calendars, and so on. Apple will also back up your messages and call history, but for Android, the process isn’t that straightforward. Normally, automatic backups should be on by default. If you turned them off, the backup might take longer than expected. To speed it up, you can uninstall old, unused apps and delete old photos and videos.

If you want to be really thorough, you should back up individual apps. As we mentioned before, the full backup might only cover contacts and calendars, but apps like WhatsApp need to be backed up separately. For example, if you worked for months to pass dozens of levels on a game, you should back it up. Otherwise, you might lose all progress.

Don’t wipe your phone until you’ve made the switch

If you plan on selling your old phone or passing it on to someone else, you might be tempted to wipe it by restoring factory settings. However, doing that before switching to the new phone could cause some trouble. For example, if you use an authenticator app on your old phone, you may not be able to log into some apps afterwards. Or maybe there were unexpected errors during the backup, and you might discover that some data was corrupted. Ideally, you should keep your old phone around for a couple of days after switching to the new one, just in case you missed something. It’s better to be safe than sorry. If you still deleted something by accident, such as messages, use a backup & restore tool to bring it back. For example, with tools like Enigma Recovery, recovering the deleted messages can be done in just a few easy steps, and you can also use it for WhatsApp messages, notes, photos, and videos.

If you’ve transferred all the data you wanted from the old phone and made sure that you didn’t miss anything, it’s now safe to delete everything from the old one. For iPhones, the official Apple recommendation is to log out of iCloud first, then restore the phone to factory settings by going to Settings -> General -> Reset. For Android phones, you can find this option under Settings -> System -> Reset. 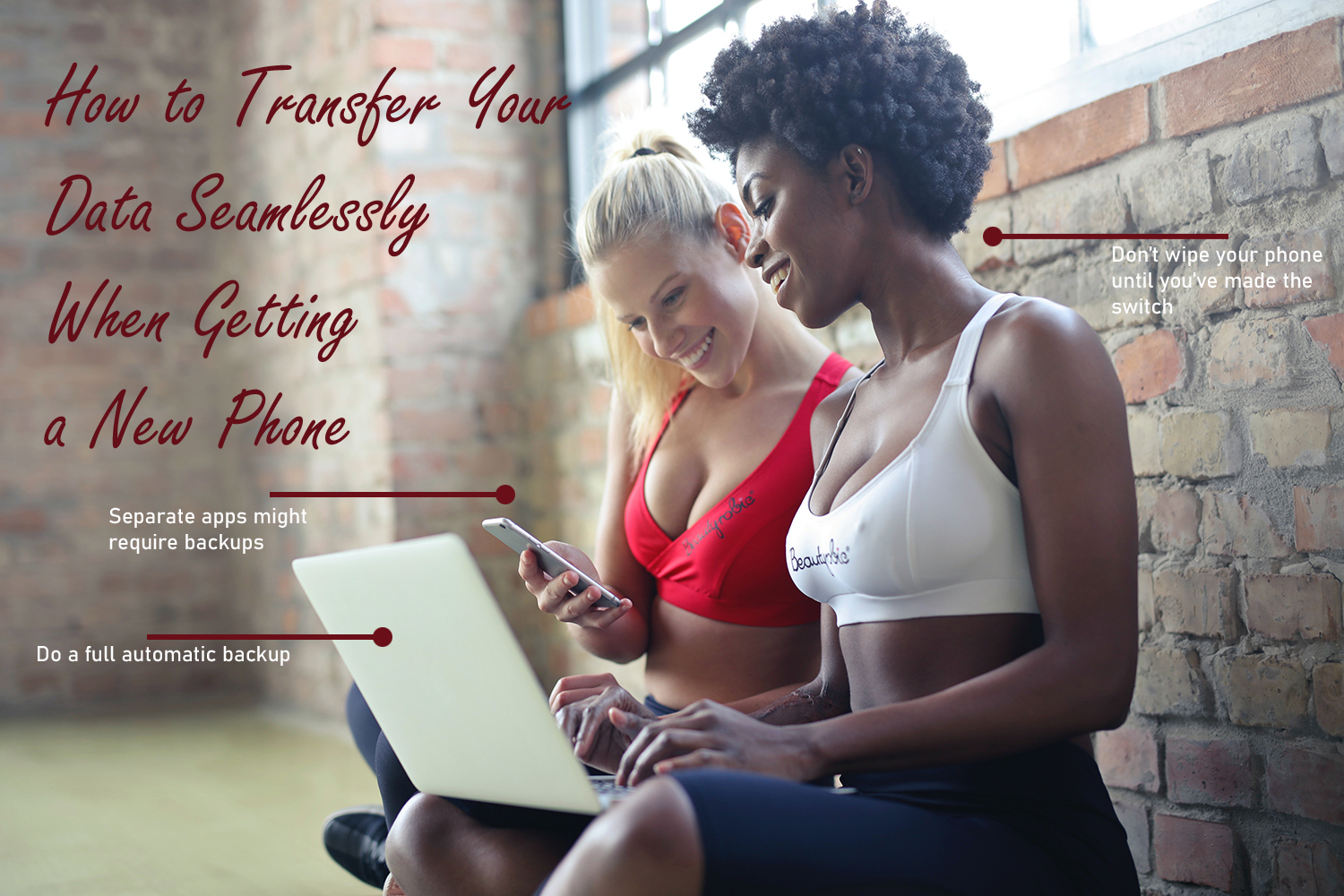 Many people neglect the importance of restoring to factory settings and only delete contacts, messages, and photos manually. Not only is this time-consuming, but also unsafe. Even if you think you’ve deleted all your private information, some could still remain on the device, and you don’t want them to end up in the wrong hands. When you restore a device to the factory settings, all your data is removed from it, and the device is reverted to the way it was when you bought it, with the same apps and settings. It also clears the cache and restores the phone’s configuration to default, so the new user won’t have issues such as the phone freezing or being slow.

If you’ve done a factory reset and discover that you forgot to save some important personal data, there might still be a way to get it back, but again, a third-party app is your best option.

This Article Has Been Shared 691 Times!