Advertisement
You are here: Home » The Future of Gaming after Microsoft’s Acquisition of ZeniMax Media
Advertisement

After months of negotiations and multiple stages of sorting out the details, ZeniMax Media is now part of Microsoft. From now on ZeniMax Media, the parent company of Bethesda will be part of Microsoft’s gaming family. This gaming family consists of 23 first-party studios, and gamers cannot even begin to imagine what this will mean for the future of gaming. Xbox and PC gamers will probably be ecstatic about this development, but on the other hand, owners of gaming hardware like PS5 and Switch will feel that this deal is only going to make things worse for Sony and Nintendo. This is not something that bothers the shareholders at ZeniMax, of course, as this deal will make them richer by 7.5 billion dollars.

The news about the acquisition of ZeniMax Media by Microsoft spread like wildfire, as gaming websites and social media platforms started spreading the details of the deal just minutes after the two parties announced that they had reached an agreement. This does not come as a surprise, as ZeniMax Media owns the rights to some of the most popular titles in gaming. The list of their games consists of best-sellers like the Elder Scrolls series, several Fallout titles, Wolfenstein and The Evil Within. These games are an ongoing source of new income for ZeniMax as more and more copies are being sold every day, even though the games were initially released several years ago.

Regardless of the high price Microsoft had to pay to “absorb” ZeniMax and all its studios, players are wondering why the ZeniMax board would sell their rights to someone else. ZeniMax’s studios can support the production of several different types of games. It would have been easy for them to launch a state of the art online live casino software such as the one used by casino.com and to sell it to gaming websites all over the world. Additionally, this deal will potentially shut the door to profitable agreements with Sony and Nintendo. After all, exclusivities in the world of gaming do not come cheap. 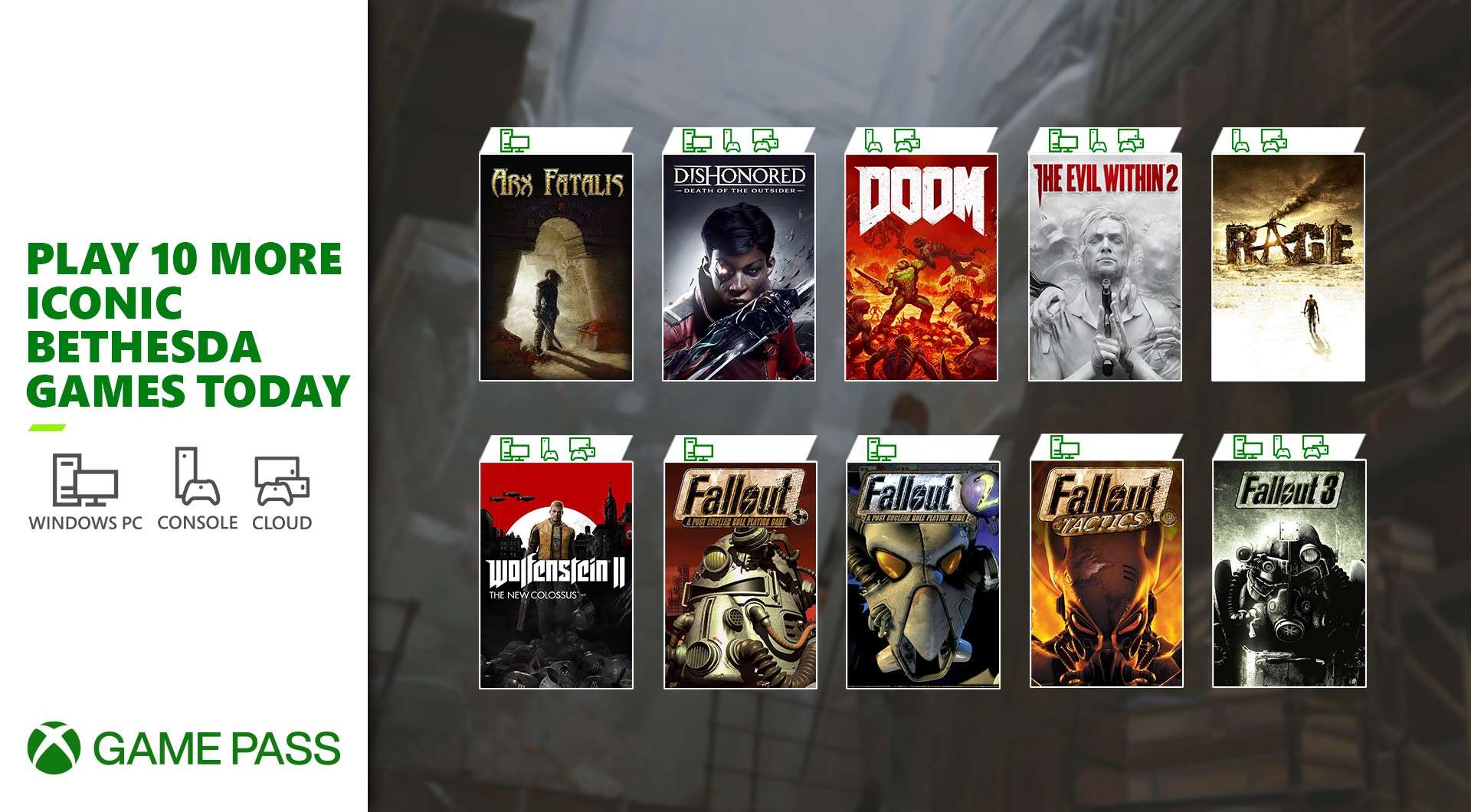 The acquisition of ZeniMax Media does not only mean that Xbox and PC gamers will get more for their money and for their choice of going with Microsoft. The American tech giants are becoming the owner of eight new gaming studios. The majority of people will focus on the acquisition of Bethesda, but this deal consists of much more than that. Microsoft now owns Alpha Dog Games, which specialises in mobile gaming, Arkane Studios, which developed Dishonored and Prey, id Software which brought gamers titles like DOOM and Quake and of course Tango Gameworks. On top of that, Microsoft becomes the owner of MachineGames, which is the studio currently producing the next Indiana Jones game and of Roundhouse Studios, which is a brand-new studio.

Can Sony Find a Way to Keep Up with Microsoft?

It will be extremely hard for Sony to find ways to convince gamers to stick with PlayStation in the future. The ninth generation of gaming has just begun, and players are still in the process of deciding which console to buy. If Microsoft decides to turn some of ZeniMax’s titles into Xbox and PC exclusives, Sony will have to come up with something extravagant to keep ESO and Fallout fans in its customer base.