A generator set is an autonomous device capable of producing electricity. A generator set is a machine that moves an electric generator through an internal combustion engine. They are commonly used when there is a deficit in the generation of electricity from somewhere, or when power cuts are frequent. Likewise, the legislation of the different countries may require the installation of a generator set in places where there are high densities of people, such as hospitals, data centres, shopping centres, restaurants, prisons, administrative buildings, etc.

One of the most common utilities is to generate electricity in those places where there is no electricity supply. They are generally remote areas with few infrastructures and very little inhabited. Another case would be in premises of public concurrence: hospitals, factories, etc places where the electrical energy of the network is insufficient and another source of alternative energy is necessary to be supplied.

They run from all fuels. The most frequent are gasoline, diesel, kerosene, natural gas, LPG, biofuels and the most powerful heavy fuel oil. The unit can be put into operation in different ways: manually, electrically or through compressed air, depending on the power.

The efficiency of generator sets increases with their power but remains limited to the maximum allowed by the Carnot cycle, from which mechanical and electrical losses in the alternator and transmission must be subtracted. (The Carnot cycle is a theoretical ideal thermodynamic cycle) In particular, moderate power groups are characterized by poor efficiency and high consumption.

For example, for a commercial product that delivers 5,500 W, powered by a 9.55 kW gasoline engine that consumes about 2.5 L of fuel per hour when used at 2⁄3 of its rated power (i.e. 3,600 W): taking into account the inevitable heat losses in internal combustion engines, this results in an efficiency not exceeding 40% of the power fuel calorific. 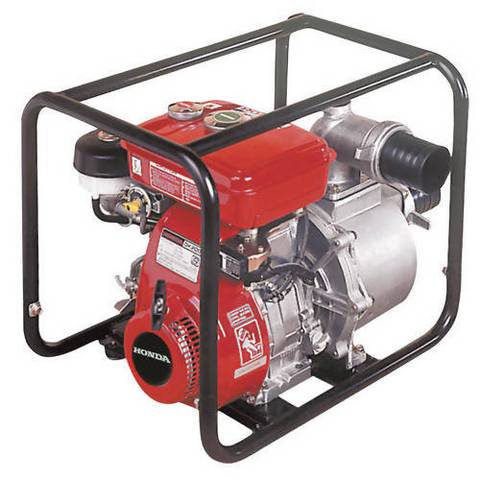 Parts of a Engine Generator Set

A generator set consists of the following parts:

Racking pump: It is a 220 VCA electric motor in which a pump is coupled that is responsible for supplying the fuel to the tank. A maximum and minimum level indicator buoy detects a very low level of fuel in the tank and activates the racking pump.

When the cold conditions in the environment are intense, a heating device called pre-heating resistance is available that helps the engine start. Air-cooled generator sets usually use an electric radiator, which is placed under the engine, in such a way that it keeps the oil at a certain temperature. In water-cooled motors the pre-heating resistor is coupled to the cooling circuit, this resistor is fed from 220 WL and heats the cooling water to heat the engine. This resistor has an adjustable thermostat; in it, we select the right temperature for the group to start in a few seconds.

This Article Has Been Shared 481 Times!

Articles Related to How an Engine Generator Set Works