Green IT and/or Green Computing refers to efforts to make the use of information and communication technology (ICT) environmentally friendly and resource-conserving over its entire life cycle. This includes the optimization of resource consumption during the production, operation and disposal of the devices. As early as 1988, the Japanese IT company Fujitsu launched its own Green IT program with the opening of a recycling centre and the development of new environmentally friendly products. Another important breakthrough of Green IT came in 1992 when the ENERGY Star label was launched by the US EPA, and Green IT also has roots in environmental informatics, which deals with the use of IT for environmental purposes or the use of IT for environmental protection. From the end of the 2000s, Green IT gained greater importance due to the rapidly increasing global spread of the Internet and the associated end devices. In large Internet companies such as Apple or Facebook, the topic has been playing a role for some time, so Apple has converted all its data centres to green electricity since the end of 2014.

Another aspect of Green Computing/IT is the saving of resources through the use of information technology (IT), for example, when business trips are replaced by video conferences. Green IT includes a variety of approaches that address different aspects of the ICT life cycle: 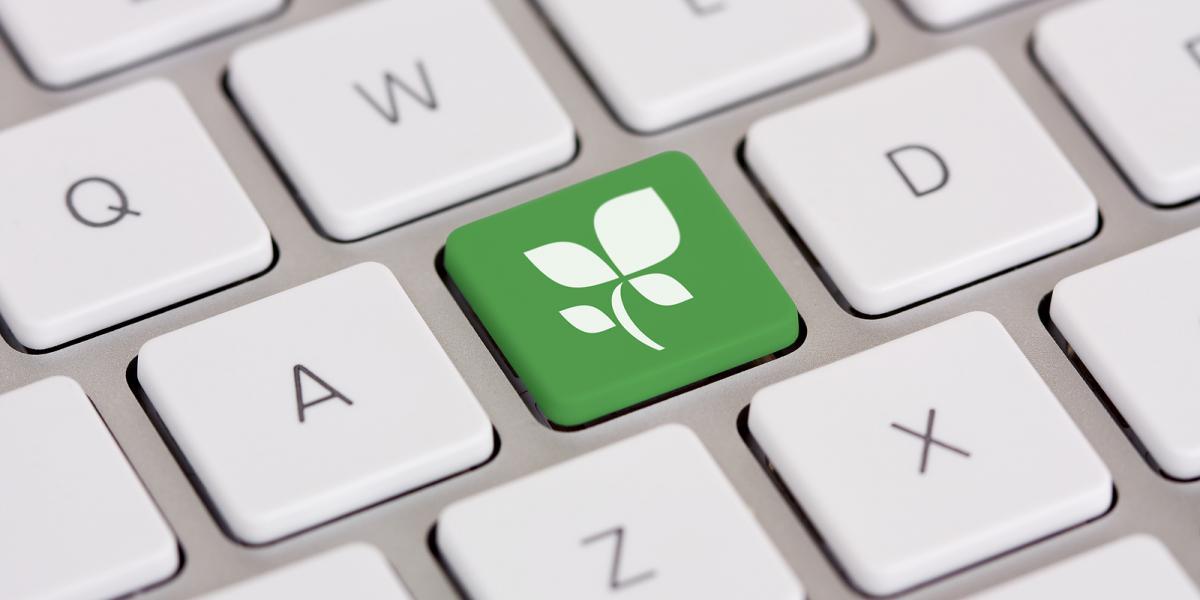 Areas of application in private use

Private households accounted for about 60 per cent of ICT electricity consumption, a total of 33 TWh. Of this, 11.2 TWh (Terawatt Hour) is accounted for by computers (including peripherals). Televisions account for the largest share with 15.8 TWh.

Consumers can not only save costs and energy in the short term through their shopping behaviour but also promote the further development of even more efficient devices. The everyday use of these devices is also in need of improvement. As a result, a lot of energy is still lost unnecessarily, as devices are not switched off overnight, on weekends or holidays, but left on standby. During the period of use, the standby function ensures that the energy requirement is automatically throttled if the device – e.g. a printer, copier or fax machine – does not receive an order and therefore “puts itself into a deep sleep”. However, a not-insignificant amount of energy can still be saved if the device is completely disconnected from the power as soon as it is no longer constantly needed. An example is a printer that consumes 20 watts in operation (i.e. when printing) and 6 watts in standby mode (i.e. when waiting for data for printing). Even in energy-saving mode, 4 watts are still consumed.

For private users, more than a quarter (28%) of the total annual electricity consumption of IT is generated by standby mode, a total of 9.5 TWh, here too televisions have the largest share with 3.7 TWh.

Weaknesses of the approach

Greenwashing is a term that can be arbitrarily occupied by interested companies for their marketing strategies since although several protected trademark rights have been defined, verifiable criteria for the “green” properties of products are not defined. Users of the concept, therefore, run the risk of promoting the private marketing strategies of the brand owners unchecked.

The use of economical computers and servers can lead to the devices being used longer per day or more devices being purchased and used. These effects can negate any savings efforts and occur within companies/households, as well as at the national and global levels. For example, proof-of-work methods in computer science can have rebound effects. With a reduced energy requirement and thus lower operating costs, difficult tasks can be proven more cost-effectively. The difficulty of a proof of work and the computing power required for it can then be increased so that the function of adequate proof of performance is maintained. This happens in the cryptocurrency Bitcoin about every two weeks and leads to an increase in energy consumption.

Articles Related to What is Green IT?