Advertisement
You are here: Home » 5 Reasons Why Cloud Technology Is Not the Future of Gaming
Advertisement

If you are someone who is keen on technology and keeps an eye out for upcoming games and launches, the term “cloud technology” may have popped up in your Google searches quite a few times. Cloud gaming essentially eliminates the need for players to use gaming consoles or PCs with high graphics hardware. Instead, it streams a video of the gameplay over the gaming server to the players who can send their mouse, controller, or keyboard input through the network of the server.

Here Are the 5 Reasons You Need to Know

Although with cloud gaming, a user can save a lot of money on hardware purchases and upgrades, there are a few things that make us wonder if it will make it into the gaming future. The following are some of the reasons why we think that cloud technology may not be the future for gaming, even with all its pros.

Latency can be a serious mood kill when it comes to gaming and the adrenaline rush it brings to the players. While latency can happen in any gaming system, it seems to be a bigger problem with cloud gaming. With cloud gaming, the user’s controls during a game are sent over an internet network, rendered and compressed, and then sent back to the user. As is evident, this is a lengthier series of processes compared to what happens when a user plays a game on their local computer, therefore increasing the latency experienced by users playing on cloud gaming. Especially while playing multiplayer games through cloud gaming, any delay or latency experienced may be deadly enough to change the outcome of your gameplay. So if you are a pro gamer, you need to be concerned about this.

With cloud gaming, a user cannot own their digital purchases; this may be something most users are not willing to accept just yet. Most of the digital goods purchased by users are only licensed by them, so for gamers who like to own the stuff they buy, cloud gaming will not satisfy their wants, and they may have to look elsewhere to get their demands met.

The video gameplay offered by cloud gaming is compressed before sending to users and hence is not as sharp and detailed as one would experience while playing a game on a high-end gaming PC. This concept is similar to that of Netflix or YouTube, where the videos are compressed to take up less bandwidth. Professional gamers who have been using high-end gaming PCs for years may have trouble adjusting to cloud gaming due to its video compression and may even dislike the quality of the game video provided.

As you may already be aware, playing games on a cloud network takes up a large amount of bandwidth, as much as 3GB per hour in fact, so this may be an issue for users who have bandwidth caps on their internet services. Even if a user has a high-speed internet connection, data caps can still pose a serious problem. If a user blows past the bandwidth limitation, they will be faced with overage charges. 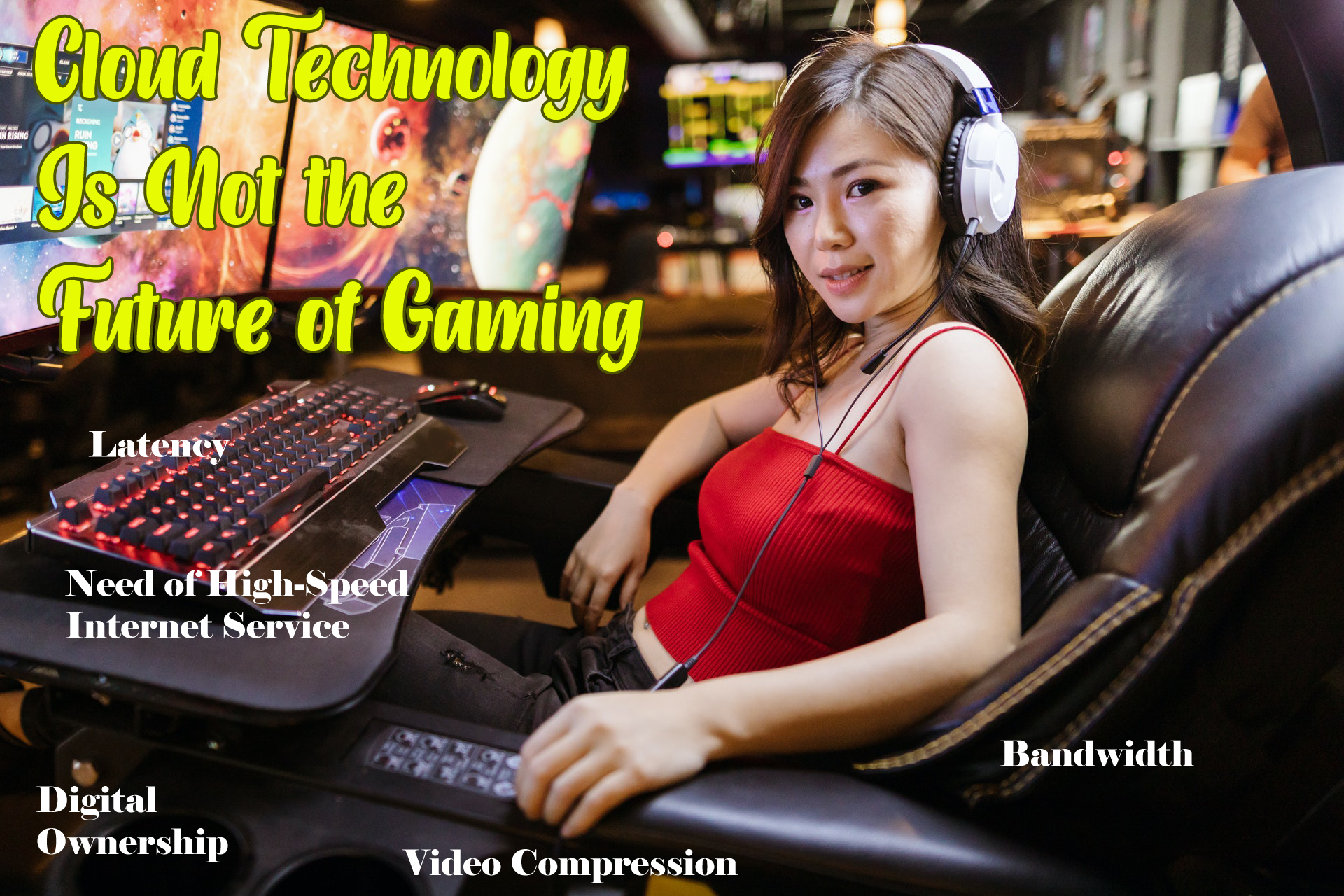 Cloud technology has undoubtedly brought a new charm to the world of gaming, but it has its own set of drawbacks that may hinder it from reaching mainstream fame and recognition. Whether or not cloud gaming will be able to make a significant mark on the future of gaming is yet to be seen.

Cite this article as: Abhishek Ghosh, "5 Reasons Why Cloud Technology Is Not the Future of Gaming," in The Customize Windows, March 17, 2022, January 27, 2023, https://thecustomizewindows.com/2022/03/5-reasons-why-cloud-technology-is-not-the-future-of-gaming/.
Source:The Customize Windows, JiMA.in