Advertisement
You are here: Home » CES 2022 Showed Promising Mobile Tech, But Can It Live Up To Expectations?
Advertisement

CES is undoubtedly the most influential tech event in the world. And it’s not just us saying that. It’s them and everyone else. Because of the advancements made where technology is concerned, it always seems like the most recent Consumer Electronics Show is the best, and the most pivotal, and 2022 is no different in this respect.
What you had at CES was an array of exhibitors, including the likes of Intel, Samsung, Lenovo, Google, Amazon and more, showing off the latest tech and products that are ready to hit the scene. But, as always, it’s mobile tech where a lot of interest is from consumers taking in the show between the fifth and seventh of January. It plays such a crucial role in the daily lives of most, and is a piece of kit that everyone carries with them, after all.

A product that has really come to the fore, primarily in the last couple of years, is the concept of foldable phones. Yes, we have seen them previously, but they have failed to hit the heights expected thus far. But, after Samsung gave us the Z Fold 3 last year, they were back with more foldable prototypes at the latest run of CES, and it proved to be a significant talking point.

Instead of just seeing basic foldable phones, Samsung delivered four concepts on the convention’s floor, with the tech giants showing off what they call S and G folds. The S fold will see a handset roll out into a typical S-shape, while the G fold retains three panels but folds in on itself. But, of course, they weren’t the only manufacturers with products to display in this area, with the likes of TCL also having foldable concepts of their own.

Foldable handsets and the like aren’t being designed and produced to be fashion statements or showpiece devices solely. Instead, they bring a lot of functionality to proceedings, improving multiple areas of the mobile experience. Over the years, we have seen streaming, gaming and even live gaming become massive in the mobile world recently, and with data connection speeds continuing to increase and services becoming more reliable, twinned with fold-out screens, you can see how this could be a marriage made in heaven. 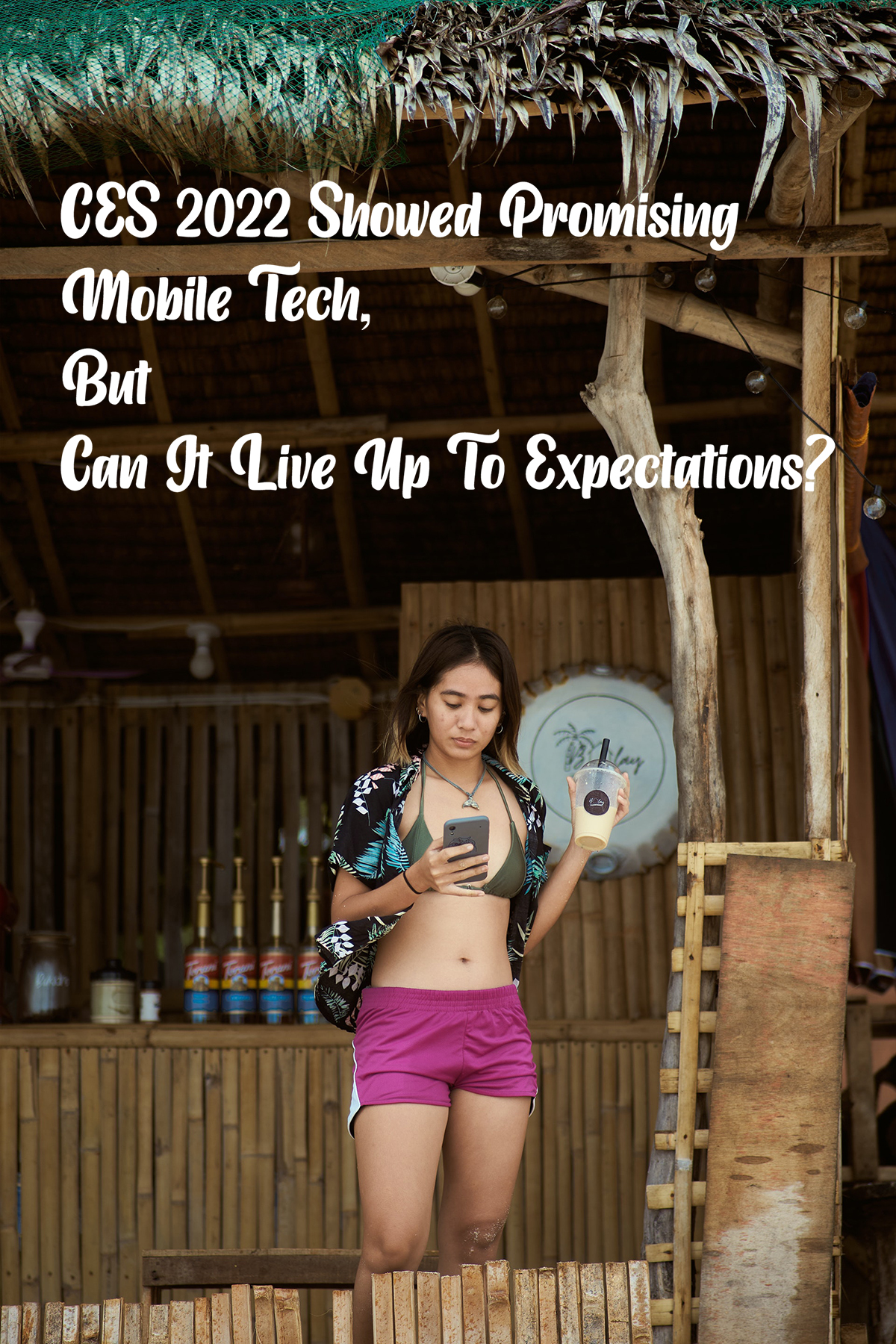 It was always the intention of the likes of Samsung and Apple for their handsets to become the go-to for gamers. And, as improvements continue to happen, and the technology evolves, it certainly becomes more the case. As mentioned above, enhanced streaming speed and reliability have been imperative because near enough all mobile services, a perfect example being most modern mobile casino apps, rely on speed as well as stability to provide confidence and ultimately keep their customers satisfied.

If you explore this further, with games playing out live on the larger screens of foldable handsets, it will give the content even more credibility. So, in the case of gaming, these concept devices on show at CES 2022 could very much be the future and responsible for delivering an improved experience all round.

Articles Related to CES 2022 Showed Promising Mobile Tech, But Can It Live Up To Expectations?

Cite this article as: Abhishek Ghosh, "CES 2022 Showed Promising Mobile Tech, But Can It Live Up To Expectations?," in The Customize Windows, April 16, 2022, November 29, 2022, https://thecustomizewindows.com/2022/04/ces-2022-showed-promising-mobile-tech-but-can-it-live-up-to-expectations/.
Source:The Customize Windows, JiMA.in