Advertisement
You are here: Home » Microsoft 365 Backup Solution: Why We Need to Think About
Advertisement

Microsoft 365 is a popular Software-as-a-Service solution for multiple different markets, offering an abundance of different features for enterprises – be it file sharing, video communication, emails, and more. It is also extremely convenient in several different ways, with the ongoing digitalization of many different aspects of regular people’s lives, which is why there is no shortage of Microsoft 365 users.

The ongoing digitalization of different industries and services brought forward the realization that data is one of the most important resources that any company can have – which is why data protection is supposed to be a top priority for every company out there.

Unfortunately, there are still many misconceptions about the extent of Microsoft 365’s backup and recovery capabilities, mostly centered around its Service Level Agreement. This agreement is often treated as if client data protection as a whole is Microsoft’s responsibility in the first place, which is far from being true.

Without going into too many technical details, Microsoft’s side of the Service Level Agreement claims to provide their customers high availability and constant uptime. This is the part that Microsoft does not slack off at, using multiple different data centers in different geographical locations to make sure that the user data is not lost or damaged in case of a natural disaster or something similar.

The second part of the SLA covers a lot of the regulatory questions for user data – covering data privacy rules, industry compliance certificates, all kinds of regulatory controls, and so on. It is worth noting here that the aforementioned regulatory responsibilities are physical in their nature – a complicated system of controls and access rules for administrators and regular users, logical security, app-level security, and more.

Why We Need a Microsoft 365 Backup Solution

This is the extent of how far Microsoft goes when it comes to their interactions with user data – as you can see, there is barely any mention of backups or other similar activities. At the same time, Microsoft’s built-in data replication capabilities are also extremely limited and can barely cover the necessities of a smaller business with no budget for a dedicated backup and recovery solution.

Some of these features are geo-redundancy, Recycle Bin, etc. That’s not to say that a company cannot get by with just these tools – but the scope and the extent of data protection is going to be very limited for most users. This is where Microsoft’s responsibilities end, everything else in terms of backup and recovery lies on the shoulders of the user – risk mitigation, backup and recovery operations, data protection from different kinds of threats, enabling data retention, access and control for business data, and more.

As we have mentioned before, a dedicated Microsoft 365 backup solution is highly recommended for most businesses that work with M365 on a regular basis, since the lack of a complex backup and recovery solution creates an entire list of issues, concerns and conflicts for these companies. While a lot of those issues are going to exist on a case-by-case basis, it is possible to go over some of the biggest ones that should apply for the majority of cases.

Retention is one such issue, since Microsoft’s 90-day policy for data storage is often not enough for a lot of the data retention needs for businesses, be it data exporting, compliance requirements and such. To be fair, this problem also varies quite a lot depending on the industry and the field of work, but it would also exist in most cases, no matter how small it is – which is why it is mentioned on this list.

Security is another issue that demands a lot of attention from companies, with the number of security breaches rising on a yearly basis and important information being stolen left and right all over the world. External threats are a relatively well-known way to attack a network or a server – with its most popular examples being malware and ransomware.

Internal threats, on the other hand, are the ones that got more and more traction in the recent years, since a lot of the existing security systems are not fit to protect the data from someone inside of the system itself – with three of the most popular cases being permission mismanagement, an ex-employee with their permissions and capabilities intact, and impersonation after some sort of data leak.

Hybrid deployment management is a somewhat unusual topic in this context, and yet it is important enough to mention it here. M365 adoption is the main reason for that, since it is not uncommon for companies to use hybrid deployments these days – leaving a part of data in the cloud and storing another part in the physical storage of sorts. This kind of system is near impossible to manage with the existing M365 toolkit in terms of backup and recovery, which is why dedicated backup solutions are more or less mandatory when it comes to hybrid data deployment.

Legal matter is something that every company wants to avoid by default, since each and every problem in the legal department is capable of harming the company in question to a rather serious extent. In the modern world there are quite a lot of different compliance and regulatory matters that have to be covered by most companies, which is why even something as simple as retrieving deleted information needs to be as seamless as possible – something that Microsoft’s built-in capabilities are not capable of providing, which is why a dedicated solution is highly recommended. 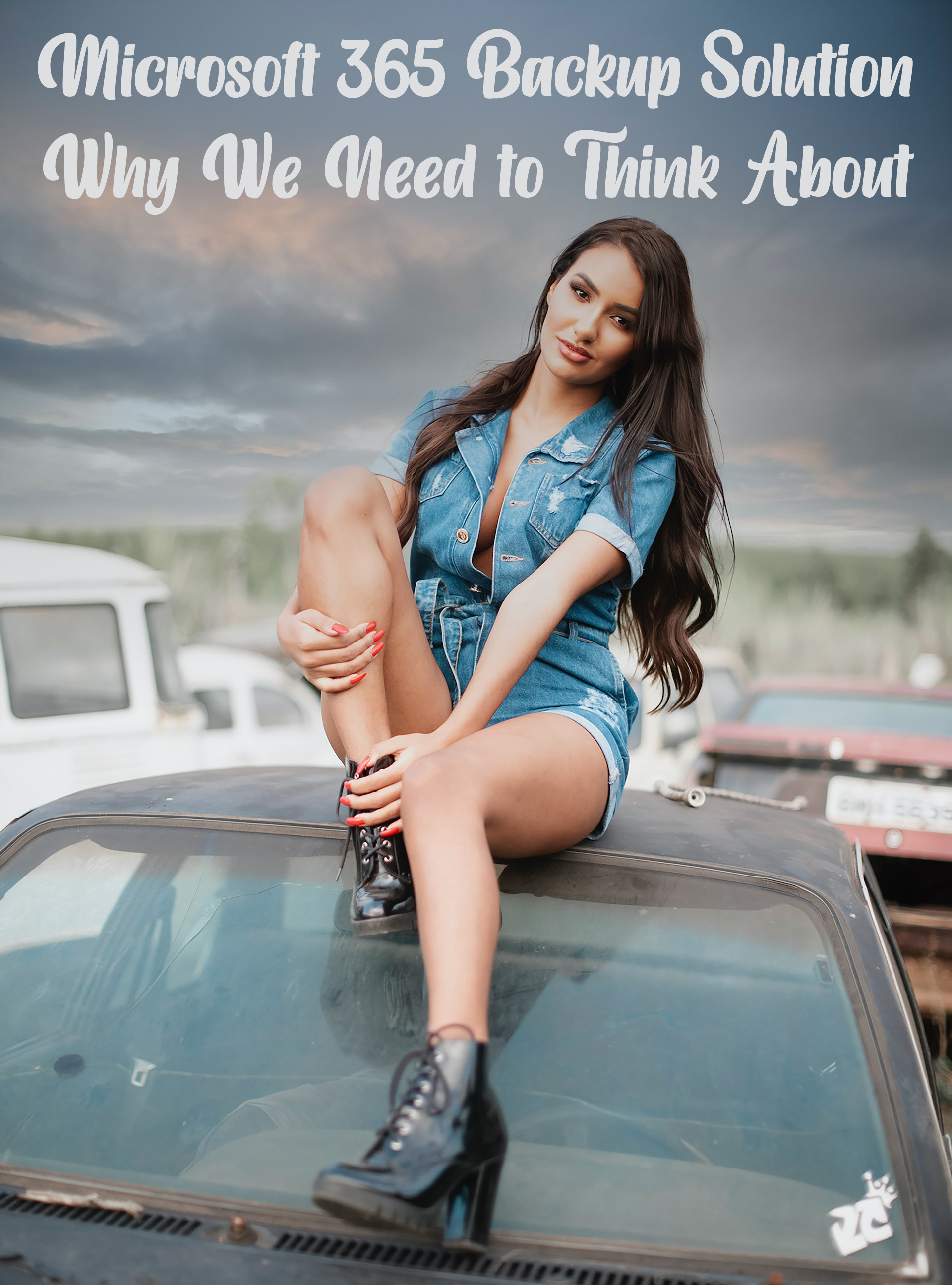 As such, there are some features that your future backup solution has to offer to be able to cover all of the aforementioned basics – such as vast integration capabilities (not just M365, but also all kinds of different technology in the same field), flexibility in terms of target backup location, as well as scalability, multiple security measures against both external and internal threats, granular recovery, backup automation, and more.

Additional information on this topic, as well as multiple examples of a competent M365 backup software can be found in our article about Microsoft 365 backup solution.

Articles Related to Microsoft 365 Backup Solution: Why We Need to Think About

Cite this article as: Abhishek Ghosh, "Microsoft 365 Backup Solution: Why We Need to Think About," in The Customize Windows, August 16, 2022, February 1, 2023, https://thecustomizewindows.com/2022/08/microsoft-365-backup-solution-why-we-need-to-think-about/.
Source:The Customize Windows, JiMA.in