In software development, Kanban can be a visual process management system that indicates what to produce, when to produce it, and in what quantity; this approach is directly inspired by Toyota’s production system and lean methods. Kanban is a work-related knowledge management method, which emphasizes a just-in-time organization by providing information to team members on an ad hoc basis so as not to overload them. In this approach, the entire process, from analyzing tasks to delivering them to the customer, is viewable by all participants, each taking their tasks from a queue.

In software development, a virtual Kanban system is used to limit ongoing tasks. Although the name Kanban comes from Japanese, it can be translated as “road map”, and cards are used in most Kanban implementations in software development, these cards do not function as signage that would be used to get more work. They represent work items.

The Kanban method is an augmented and scalable approach to process and system changes within organizations. It employs a work-in-progress limited draw system as a central mechanism to determine system processes and stimulate collaboration for continuous system improvement.

The Kanban method is based on four basic principles: 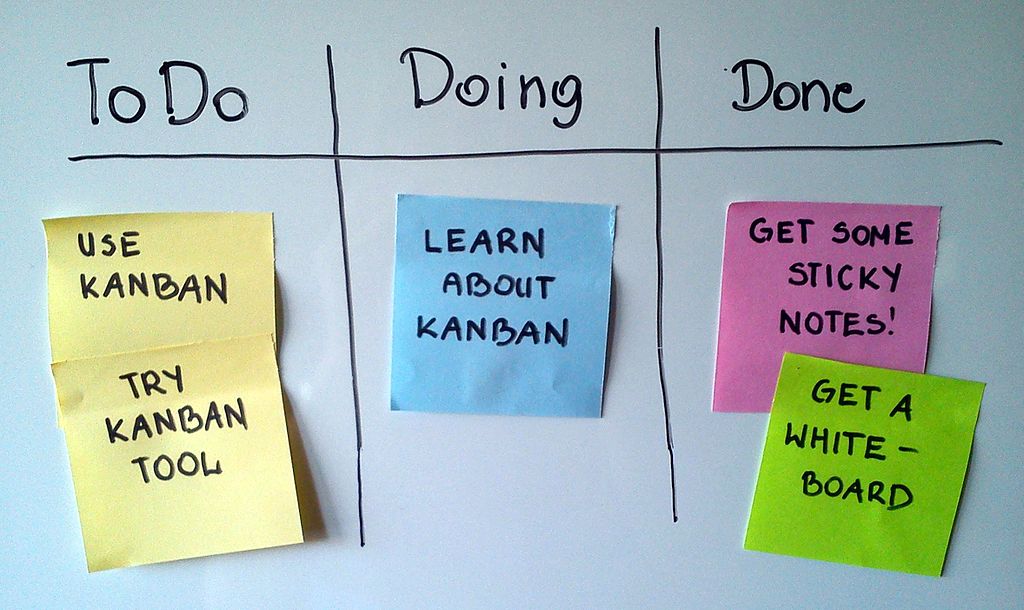 The Kanban method suggests that a scientific approach be employed to apply continuous, augmented and evolutionary changes. The method does not prescribe any specific scientific method to be used.

Articles Related to What is Kanban Method?