The original video format, known as WMV, was originally designed for Internet streaming applications, as a competitor to RealVideo. The other formats, such as WMV Screen and WMV Image, cater for specialized content. Through standardization from the Society of Motion Picture and Television Engineers (SMPTE), WMV 9 has gained adoption for physical-delivery formats such as HD DVD and Blu-ray Disc.

A Short History, product and technology

The very first version of the format, WMV7 was released in 1999 based on the MPEG4 Part2 as implemented by Microsoft. It was among the first video codec that supported constant and variable video bitrates. Since then, newer versions have been developed to keep up with competition culminating in the WMV9 specification released., the WMV format now competes with other codecs such as DivX and RealVideo as a means of distributing video content on the World Wide Web. Microsoft introduced subsequent versions of the codec in the years 2001 and 2003.
WMV files are played by the built-in player in Windows – Windows Media Player (version 7 upwards)

The .wmv extension usually describes files in ASF format that use Windows Media Video codecs. As for the audio codecs, they’re usually versions of Windows Media Audio or the Sipro ACELP.net audio codec. The extension is sometimes shortened to .wm.
Although it’s usually packed into the ASF container format, the WMV file can also be converted to AVI, using the WMV9 video compression manager codec implementation.
It has adopted much of the specification of professional video formats with support for frame interpolation, interlaced video and non-square pixels.

In 2006, the SMPTE group adopted it as its standard SMPTE 421M or VC1 that became one of the mandatory video formats for the emerging high resolution HD DVD and Blu-Ray formats for Home Theater entertainment. It supports both 720p and 1080p video resolutions and multichannel audio.

One of its features that made movie studios accept it is its support for the Digital Rights Management or DRM . It does provide encryption protection that studios are adamant about when releasing titles from their catalogues as well as new ones. But while WMV video codec itself does not contain DRM, the ASF container file that encapsulates the WMV video stream does. Windows Media DRM is standard in Windows PCs using the Windows Vista onwards.

The WMV codec is the most recognizable video codec format. Its competitors, apart from RM of RealVideo, include MPEG4 AVC, DivX and Xvid. The MPEG4 AVC is the other high resolution format developed for HD DVD and Blu-Ray. 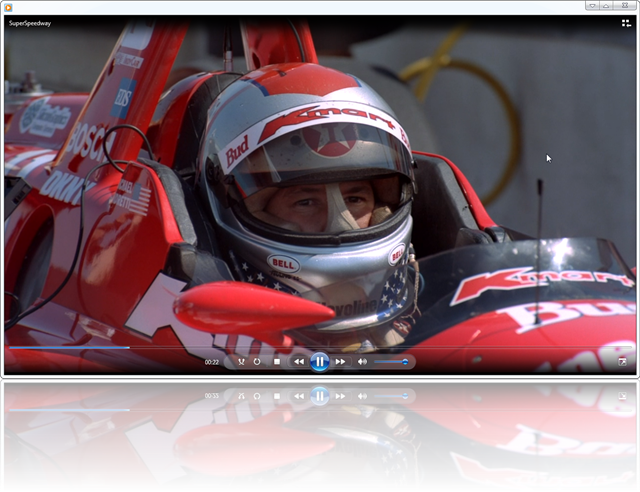 Click Here to to go to Microsoft Windows Media for Professionals 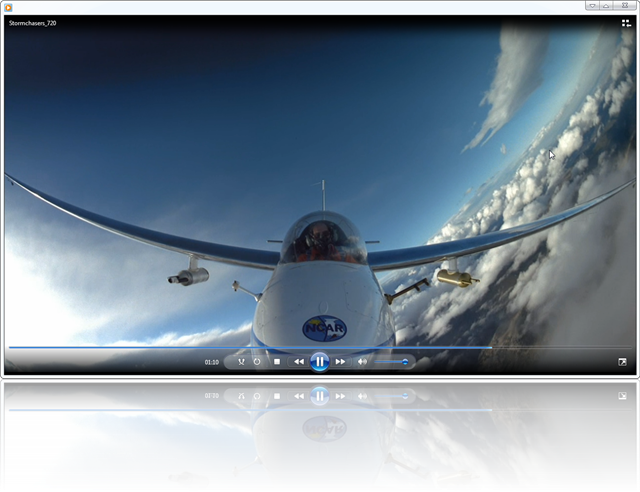 This screenshot is of a Microsoft HD video clip, the screenshot has been compressed to fit this web page !
You can imagine the impressive quality of WMV HD videos with WMA sound.

You can download a bunch of free samples like the screenshot shown above from Microsoft’s web site.

You can purchase from here.