Well known Microsoft Most Valuable Professionals and Moderator tried to resolve the problem; but instead they continued their baseless posts. Some other new members joined to support the original poster supporting the thread starter.

Subsequently, when author of this website opened the thread, he pointed out, one new user has written:

…so I started using pirated versions of windows while I got used to Linux. 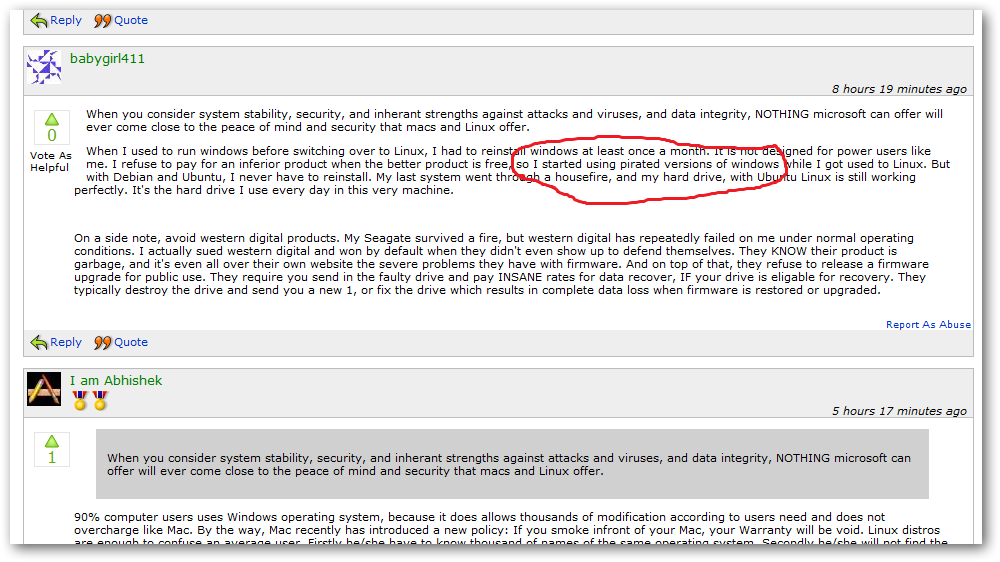 Despite immense effort of Microsoft and its users to fight against Piracy, it seems from the statement of the user that; the comment of Linux user just shows the tip of the iceberg.

It is well known fact that, these pirated copies often loaded with key malwares; the smooth experience of using a genuine copy of Microsoft Windows, can not be experienced by using a malware loaded pirated version of Windows.

It might be a possibility that, certain malware and virus infected files are copied in the some of such Linux users using dual operating systems (Pirated copy of Windows and some “free” Linux distros); while copy pasting files in either Linux or Windows operating system.

Genuine Windows users must be aware of this possibility and it is advisable to scan with Malwarebyte’s Antimalware and some standard Antivirus tool while exchanging files with suspected Linux users.

This Article Has Been Shared 448 Times!