Advertisement
You are here: Home » UniBrows:New add-on puts IE6 in your IE8
Advertisement 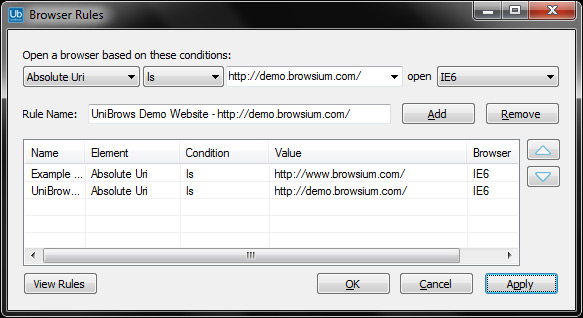 Browsium, a Washington-based startup composed of ex-Microsoft employees and partners, is planning to release an add-on that lets customers run the most-hated version of Internet Explorer within a more modern Microsoft browser. That’s right: UniBrows will put IE6 in your IE8. Currently in beta, the add-on will ship later this month and will sell for $5 per user per year.

“Companies need something simple that isn’t virtualization based,” Browsium CEO Matt Heller told ComputerWorld. “UniBrows renders IE6 inside an IE8 tab without companies’ having to change a single line of code in the sites or Web applications.”

UniBrows reportedly provides full IE6 functionality and behaviors, including ActiveX controls support and JavaScript functionality. Administrator-specified sites are rendered as if IE6 was powering the separate tab while other websites and nonconfigured URIs are loaded natively in IE8. The add-on can be deployed with standard IT methods, managed by Group Policy within IE8 (so company IT administrators can choose IE6-specific sites and applications to render as IE6), and also includes a Microsoft Management Console snap-in. In contrast to heavyweight virtualization-based mechanisms, UniBrowse only requires 10MB of memory.

IE6 share is steadily falling, though in the corporate world usage is still higher than everywhere else. Compatibility problems are holding back many organizations from upgrading the browser since their internal Web applications don’t work on IE8. Enterprises thus spend a lot of time and money trying to figure out workarounds.

Articles Related to UniBrows:New add-on puts IE6 in your IE8