we want to summarize the history of the mouse, the device which is so important that often it “prevents” us to use the keyboard, sometimes even we forget that computers have it.

First patent was called XY position indicator for a display system, the most used name “mouse” was given by the team of Stanford University during its development as its shape and tail (cable) is reminiscent of a mouse. 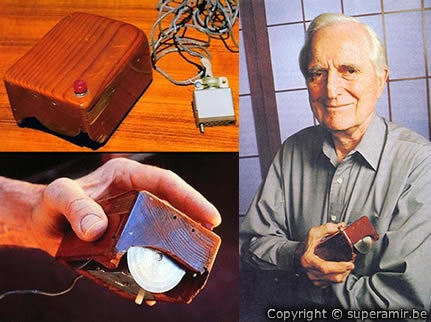 It was designed by Douglas Engelbart and Bill InglÃ©s at the Stanford Research Institute, a laboratory at Stanford University, in the Silicon Valley in California. Later it was improved in Palo Alto Labs Xerox company (known as Xerox PARC), this came in an important project that sought to increase the human intellect improving communication between man and machine and it is clear that because of this the device has been with us even today.

The first mouse looked archaic, but its basic operation remains the same today. It had a cobblestone appearance, fit well in hand and had two metal wheels, scrolling through the surface, moving along two axes: one for controlling the vertical movement of the cursor on the screen and the other for the horizontal direction, also having a red button on top.

In 1984 Engelbart’s one button mouse became incorporated as standard on the Apple Macintosh, but it was not until 90 when they penetrate so widespread in homes as a part or element of the computer.

I remember I started using those “rubber ball” in my IBM PS1, which occasionally had to clean it filled with dust and starting to fail, also were cleaned internal wheels also adhered dust. The internal circuitry counts the pulses generated by the wheel and sends the information to the computer, using software that processed and interpreted, the connector has also been standardized to call “PS2” but later they went USB too.

Then came the Mouse Optical: these lacked the rubber ball, which prevents the accumulation of dust or dirt. Today they are standard and are considered modern and practical. Can offer a limit of 800 dpi (dots per inch), that is by 2.54 centimeters (one inch) to act. Worse result over newspaper, glass etc due to less number of scanning.

Laser mouses are more accurate and sensitive, the beam of optical technology is replaced by a laser with resolutions from 2000 dpi (dots per inch), and for those who wish to be a luxury, we have wireless, the latter using the USB port as an alternative, I recommend that are rechargeable batteries. 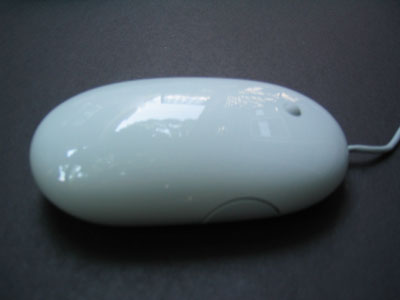 We could not leave out the “Magic Mouse” “Apple”, a technological jewel, this is a mouse that lets you click or double click anywhere on its surface is Multi-Touch is the same technology the “iPod” and “iPhone”, also uses precision laser technology, is wireless via Bluetooth is very elegant. It is for Mac, but can be tweaked to run on Windows 7 too. 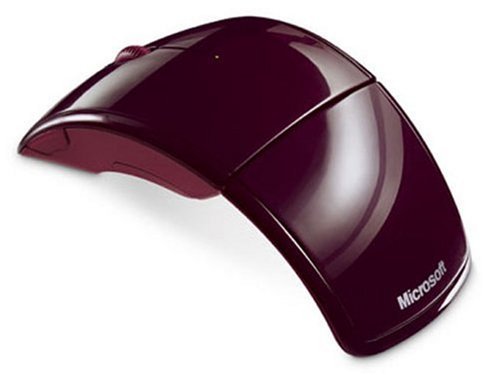 Microsoft has launched the “Microsoft Arc Mouse” . It is very elegant ,with laser precision and shrink to become smaller, very beautiful and functional. Microsoft Arc Mouse supports both Windows 7 and Mac. Apart from two buttons, the third button on the left side on the body of the mouse can be configured to copy, paste, 3D flip etc. Folding it turns the mouse off.

This Article Has Been Shared 840 Times!