Advertisement
You are here: Home » Difference between LCD and Plasma display
Advertisement

There are two types of flat screens: Plasmas and LCDs. The advantages over old CRTs (CRT=Cathode ray tube) is that 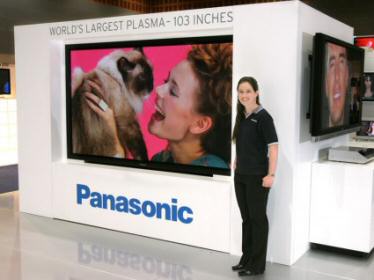 One may wonder which is better? Today is the plasma tends to disappear and the LCD is the right thing.

Plasma display screens are made from glass, which reflects more light than the material used to make an LCD screen. It allows a larger viewing angle (the ability to see the image without being in front of it). This offers the best image quality on large screens (diagonal exceeding 1 m).

The LCD works with liquid crystals. It is first significantly less expensive than plasma (which is already convincing). It has a longer life expectancy and has a better resolution. It also tends to run cooler and have greater resistance to display problems.

To conclude, if you want to buy a small flat screen prefer LCD for the economic side. If you want a big television, choose Plasma.

To note the arrival of LED LCD, which allows for very fine screens cheaper and better quality.

Articles Related to Difference between LCD and Plasma display