Advertisement
You are here: Home » PageRank algorithm of Google : Who,What,When,Where,How and Why
Advertisement

Who invented this Google PageRank algorithm?

What was the need to implement this PageRank algorithm?

PageRank is a numerical weight given to each element of a hyper-linked set of online documents accessible to Google Robots, such as the web-pages, with the purpose of using this PageRank it to calculate the relative importance. The algorithm may be applied to any collection of entities with reciprocal quotations and references.

Here is the quotation from the actual abstract of PageRank from U.S. Patent:

“A method assigns importance ranks to nodes in a linked database, such as any database of documents containing citations, the world wide web or any other hypermedia database. The rank assigned to a document is calculated from the ranks of documents citing it. In addition, the rank of a document is calculated from a constant representing the probability that a browser through the database will randomly jump to the document. The method is particularly useful in enhancing the performance of search engine results for hypermedia databases, such as the world wide web, whose documents have a large variation in quality.”

From When this PageRank is used by Google?

When we searched to get from when from Google is actually using PageRank, we got Pigeon Rank in Google Search again. Kudos to Eric Schmidt for the sense of humor! We will update as soon we get official citation.

From Where this PageRank algorithm of Google came?

PageRank is a probability distribution. PageRank can be calculated for collections of webpages or documents. The distribution is evenly divided among all webpages in the cluster.
A probability is expressed as a numeric value between 0 and 1. 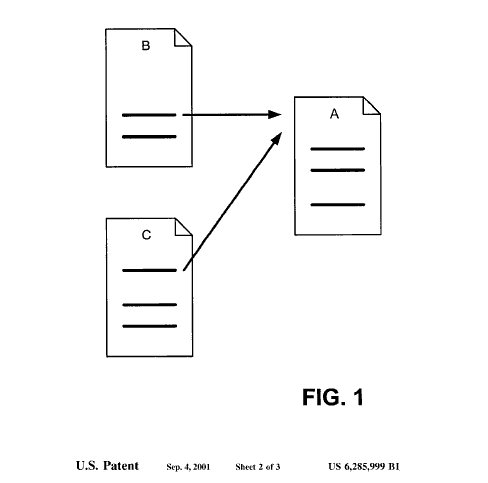 The above screen shot from the patent page shows how PageRank is calculated. The screen shot is intellectual property of Dr. Lawrence Page and Stanford University.

There is no meaning to understand it more by a common webmaster as there has been many change in PageRank calculation now. It is far better and time saving to follow the SEO Tips.

Why PageRank algorithm is used?

Manipulation of Google PageRank and Other Points

Artificial manipulation of PageRank is done by Evil webmasters to sell the domains at a higher price to the fools who have money.

As we have said ago, the green bar that shows as PageRank is not the real PageRank. We (presently) have PageRank 5 (homepage), it does not mean that Google thinks your PageRank 0 webpage valueless.

Do not think much about PageRank. Think of organic SEO more.

Articles Related to PageRank algorithm of Google : Who,What,When,Where,How and Why