Here is a screen shot of the real Photo Booth running on Apple Mac: 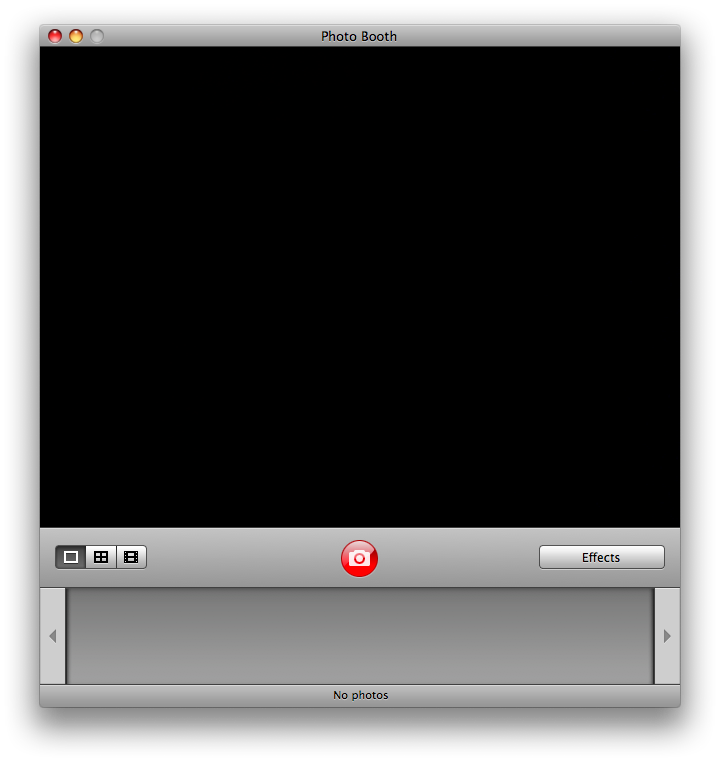 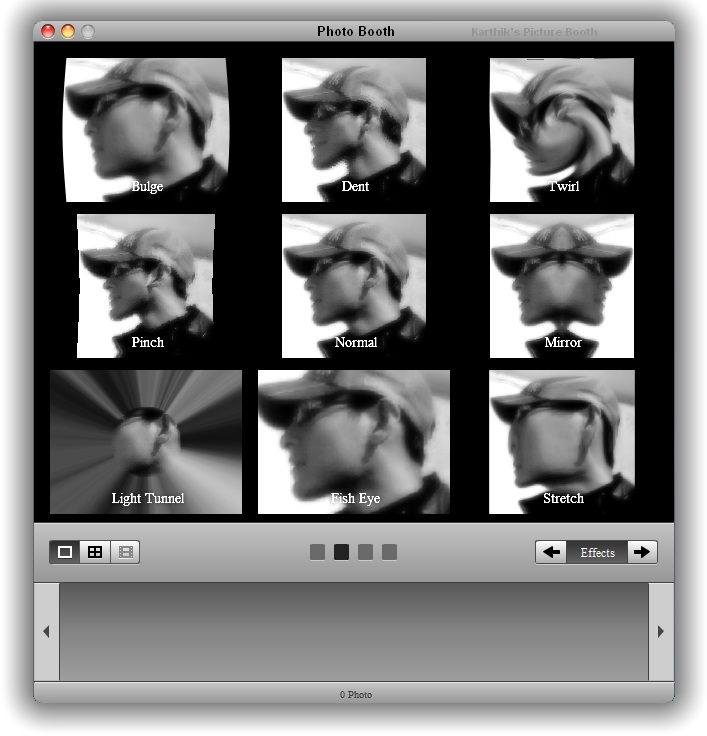 This fantastic Photo Booth Clone for Windows 7 is developed by vhanla.

It is a standalone executable which runs the flash based Photobooth clone written by Karthik Tharavaad a long time ago.

In 2009 a friend (vigil) and I wrote a Windows application (published in Aqua-soft.org) to allow the use of that flash based application as a normal desktop app instead of a webbrowser.

Up until now I decided to update it for Windows 7.

It is a ZIP download, 5.1 MB in size.
Download-Photo Booth for Windows 7