Advertisement
You are here: Home » Virtualization and Traditional Agent Based Backup
Advertisement

Understanding how Agent Based Backup works in the Virtualization deployed environment

In any traditional method of backup in Virtualization, only the data is backed up. In simple words, it works somewhat like a copy paste system.

Agent Based Backup in a target system which has deployed Virtualization, copies the data and sends it to a backup server. The media where it is saved is variable, but generally rewritable. Virtual Tape Libraries, for example can be used.

This backup is scheduled as per user’s choice in Virtualization deployed environment: generally when the load on the server is lowest.

Pros and Cons of Agent Based Backup in Virtualization

The major advantage of this Agent Based Backup in Virtualization is, it can fully and exactly copy the entire server or just some of the virtual environment. Many Premium Backup Systems offered by bigger IT infrastructure works on this principle.

It has many disadvantages. This process might take a huge amount of time in Virtualization deployed environment. For today’s Virtualization deployed arena a process requiring this much time can be fatal. For example, you have anticipated a major data loss in the near future and forced a backup. It could be devastating if this backup took so much time that the system actually failed as predicted before the backup was complete. 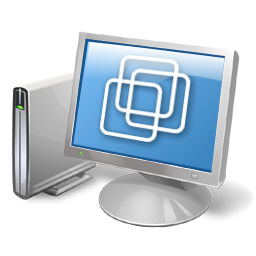 Another horrible condition that might happen with Agent Based Backup in Virtualization is a data-info mismatch; the system reported it has performed a full backup, but the backup was actually skipped.

In future, we will discuss about the other methods used to backup in environment running Virtualization.

Articles Related to Virtualization and Traditional Agent Based Backup