Advertisement
You are here: Home » Mac or Linux PC Will be your Next Computer
Advertisement

Inflammatory Guest Post, is not it? Mac uses stable UNIX kernel with state of art hardware, where a cheap Computer can be assembled with Free UNIX like OS Linux.There is no point to buy Windows OS. I will explain each and every point.

Why Mac or Linux

Typically, Mac OS X is based on UNIX kernel, which is the oldest Operating system in this World. UNIX was the Operating System which behind Humans Moon landing. Think the horrible hardware support the UNIX Operating System got for the projects. Because of its stable kernel, everything happened as speculated.

Apple Mac later undergone undergone business relationship with UNIX to use the Kernel for Mac OS. The GUI, which people loves, is not of UNIX and it is a part of Apple’s intellectual property. UNIX still itself used by many top regulatory bodies.

Linux, on the other hand is typically described as UNIX like. This is too much over simplification though. Open BSD is not a pure Linux by definition. Linux offers the same level of security and stability just like Mac OS, some distros are paid because the updates are done regularly by paid developers, not by enthusiast. But, the free distros are not bad, to give you few examples : Open Suse is free and being used on the spaceships. Red Hat Linux is paid, but Cent OS offers almost all the needed features of Red Hat Linux. Probably the most popular Linux distro is Ubuntu.

Apple Mac OS DVDs are priced 1/10th of what Microsoft charges. Upgrade will not empty your wallet. The emasculated version of Windows 7 (Basic) even does not allow to change the Wallpaper.

So, you can use either Mac OS or Linux as a cost effective or fully free OS, with more features and security than any Windows Operating System. You do not have to pay for the new Cent OS if are using the old version. For Mac OS or Paid Linux Distro, relatively little money have to pay. If you are using Windows 7 Retail DVD, Microsoft will charge a huge for their Windows 8. Plus the Kernel is not at all stable, there are millions of Viruses. Microsoft sniffs your hard disk in the name of “Genuine Validity Check” which is not at all safe for many organizations.

I am hearing from here and there that Microsoft will inject some more “advanced technology” specially for their OEM bundled versions. OEM Bundled Windows itself a dangerous packaged bomb with lot of crap softwares. Additionally, if their malware (read Genuine validity checking tool) thinks you are using a pirated OEM Bundled Windows, no one will help you for free. The company from whom you have bought your Laptop or Desktop will ask you to buy the installation DVD. If you post your problem in any Microsoft related forum, you will be banned in most cases, because you are labeled as a software pirate. Official Microsoft support does not exist for OEM Bundled versions. You have paid, but have not bought the OEM Bundled version.

If you try to upgrade your motherboard, processor or Hard disk from out the manufacturer company of your laptop or desktop, the OEM Bundled windows will be labeled as illegal copy.
That means, as if you are renting the Windows, not buying it. 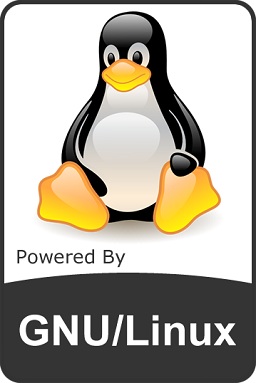 Why people buys Windows PC rather than buying a Mac or Linux PC?

First is ignorance. Most new computer buyers have no idea about what is Windows, What is Mac or Linux is free and as easy as other OS.

Second is limited budget, buying a Mac is like building a castle in the air for many. For those users it is best to buy a low end computer without any OS installed or Linux installed. With 1 GB of RAM, Ubuntu will fly.

Third is there are Microsoft’s paid and unpaid affiliates known as MVPs. There work is to spread Windows is the best OS by copy pasting from Microsoft press releases, blogs etc. Most has no knowledge about the Kernel, coding or even the hardwares. Randomly ask deep questions, they will refer to some other forum. They are dedicated to sell their horrible affiliate products to ruin your hard worked money : Most Microsoft forums “Recommends” to use a kind of Malware named Registry Cleaners to “clean your PC” and promotes Anti Viruses. You will never see such bad referrals in any Mac or Linux forums.
Apple, Adobe, Google has some special badges, but to get such badges one need to have outstanding knowledge, vigorous examination process usually follows.

So what to buy? Mac or Linux PC

If you can afford, buy Mac. The hardware part is outstanding. Buying a Mac is like buying a household electronic goods. All headache is of Apple.

If you are limited on budget buy a low end computer and Install Linux. If you need help Email me, I will help you to install Linux on your PC free of cost.

Author of this article on Mac or Linux PC is Stephanie F. Fox. The view on any Operating System expressed or implied, is solely of the original author.

This Article Has Been Shared 353 Times!