Advertisement
You are here: Home » Why Linux and OS X are Better Option Than Microsoft Windows
Advertisement

Why Linux and OS X are Better Option Than Microsoft Windows : It is About Computing Experience, A Secured OS will be the Choice

Our website is not an average made for AdSense website. We have tutorials on all three Operating Systems. Before understanding the topic Why Linux and OS X are Better Option Than Microsoft Windows, you must know about the hardware part of a computer – Minicomputer and Microcomputer. Another important article is Major trends of evolution of the Computer : 1950-2010.

Now, the things you know less are UNIX OS and unix like OS. Free Software Foundation was initiated by Richard Stallman and for his crusade we are enjoying the servers at lesser costs, you are using free online storage. His crusade was against UNIX itself. His Crusade was against the policies of UNIX, it is not that, UNIX is bad.

Grossly, Linux is a Free Operating System, works most reliably, that is why it used on all top notch web hosting providers – from Rackspace to Amazon. OS X is actually UNIX plus customized parts by Apple. It was Mac OS X before the version 10.7. Both Linux and UNIX has inherited resistance to malware and virus. It is quire rare to get infected with a virus with both of them. However, a Mac costs quite high, it is a luxurious material like Ferrari; it is not possible for all to buy a Mac, despite the fact that a Mac last longer due to better quality control of hardware parts. Hardware does not means the RAM or CPU, they are obviously the same; the ports, the body, the fans are manufactured with better quality material. It is obvious, these factors will increase the overall cost. A door made of aero grade alluminium will cost more than a door made of molded plastic material. You can compare the thing with a car like Hyundai Accent or Verna with any BMW 3 Series car like 320d. The customers are different. But both are cars, can effectively gives a privacy over public transport. So the thing is about a computer – that is the essence of this article Linux and OS X are Potentially Better Option Than Microsoft Windows.

We basically work now with browsers and a mail client, hardly we need a software like Open Office for creating documents, presentations etc. All three serves the purpose. More importantly, with Virtualization, Emulation, usually we can use a software of another operating system on the major one.

Why Linux and OS X are Better Option Than Microsoft Windows : Why You Will Pay For a Thing When There is Less Costly or Free Options

Ubuntu 12.04 upwards really has an easy to use interface, it costs zero, there is enough good free support from the forum. Mac users need not to use Windows, there is absolutely no need. It is a high risk to use Microsoft Windows without an Antivirus, an Antimalware. If you surf carelessly without these two, within a day or two you will get kind of Malware. So, you are paying, but you have no security against virus, malwares. And if your Microsoft Windows is preinstalled, that is the OEM version, just read the comments from real users on our this website – they do not have a disk, they just need a bootable disk. They have paid for the Windows License. There is no support from Microsoft Windows, the Manufacturer shows the way to fetch some money.

We help any user – be it a Microsoft Windows user, a Mac user or a Linux user. Because the user has done nothing wrong. He/She is in trouble and asking how to fix it. Everyone wants to save the hard earned cash.

OS X and Linux has the biggest advantage of using command line tools. For Linux it is more flexible than OS X. We can not ignore the fact that, despite UNIX is over 40 years old operating system; it has practically few virus. It can not happen that in 40 years no hacker has tried to create millions of exploits; in fact a UNIX malware will work on Linux with just a bit modification. Think carefully – hacking using exploits for Linux and UNIX are more profitable than that with Microsoft Windows. Most websites and important servers, space stations, academic units are running Linux or UNIX for past few decades – some are running longer than a decade without the need to shut down.

Most importantly, as a new computer user, you can not delete any core files from Linux or OS X. They are no graphically visible to even root /admin account from GUI. You can not “destroy” your computer for wrong usage. A 5 years old computer learner can easily go to C drive Windows is installed and delete important dll files just by clicks. Linux and OS X will not give access, your child can not install anything without the password.

The people who says Microsoft Windows is the best, you will find that, they are endorsed directly by Microsoft. They says good just to get money, a job or an award. In most cases, you will find a logo like this : 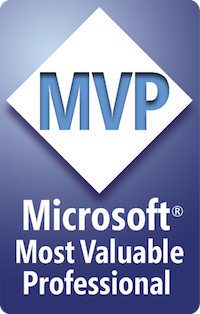 They will never think about what problems you will face as a new user. Official webpages says what you will get if you become Microsoft’s supporter. It can happen you can not rely on us, you can ask this person :

Or read more on Free Softwares :

You will also learn why using Apple products has danger, What security will be breached with Facebook. OS X is of Apple, yes it has issues, but those are not with Virus. Read carefully all the resources to have the best and safe experience with computing.

This Article Has Been Shared 863 Times!