Microcomputer is a computer having an Integrated Circuit which has most of the processing capabilities of large computers, which is largely known as Microprocessor and have at least one type of semiconductor memory. Previously we discussed about Workstation, Minicomputer, mainframe computer etc. Without writing about Microcomputer, this circle will not be completed.

Basics of a Microcomputer

Microcomputer are compact than the mainframe and minicomputer and can be operated by a single person. In a narrower definition Microcomputer are among computers in a specific performance class that were less powerful than the mainframe and minicomputers and has only one single microprocessor as the central unit. What I am writing from and probably most of you are reading from are actually a microcomputer each. In everyday language, the use of the term microcomputer has declined significantly since 1980s and is little more common, a growing circle of equivalent modern, microprocessor-controlled devices to be the definition of a microcomputer. The term personal computer has been replaced the terminology Microcomputer. 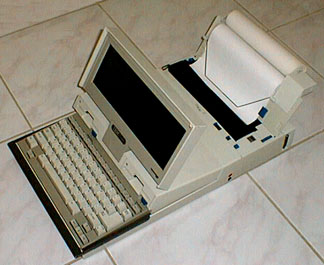 Generally, the microprocessor has storage circuits (or cache) and I/O in the same integrated circuit (or chip). The first commercial microprocessor was the Intel 4004 , released on 15 November 1971. Since the introduction of the personal computer by IBM as the IBM PC, the PC term has been applied to the computer those are ultra portable for most of the peoples. The first generation of microcomputer was also known as home computers. As Laptop, compact desktop computers most commonly uses either Microsoft Windows (as we described before, Microsoft came from the word Micro-Computer-Software) or Linux Operating Systems, they are usually called as Windows PC or Linux PC. As Apple manufactures their computer hardly as a separate system, they directly can not be referred as PC, they are definite of Microcomputer group with some differences from the origin.

This Article Has Been Shared 314 Times!