Advertisement
You are here: Home » KDE Plasma for Windows 7 : Guide for the beautiful GUI

KDE Plasma is available for Windows 7 as well, which can allow you to add hundreds of Open Source GUI environments on your Windows 7 PC. The user must understand that installing and using KDE Plasma on Windows 7 needs minimum knowledge of UNIX, server, GUI and some about basics about Windows. Its not for casual Windows users. It is for those who are used with Multiple Operating Systems.

What is KDE Plasma ?

It is a Graphical Environment. Read about KDE Plasma Wordspace on Wikipedia.

The reason people wants to use KDE Plasma is not only to Customize Windows, but also to get the additional benefit of KDE Plasma like we use on Linux.

How to download and use KDE Plasma for Windows 7

Go to this webpage and download the latest version of KDE for Windows. You will get an elementary idea on how to install KDE Plasma here. It is KDE, not KDE Plasma. You need to add modules and other things later.

After downloading and running the installer (it is only 2.3 MB), select the server closer to you. There will be around 182 files (about 4 MB) which will be transferred with wget function. It depends on your Internet connection how fast it will be downloaded. All Files of the KDE Plasma is of tar.bz2 extension and needs a good stable Internet connection to do the wget requests. 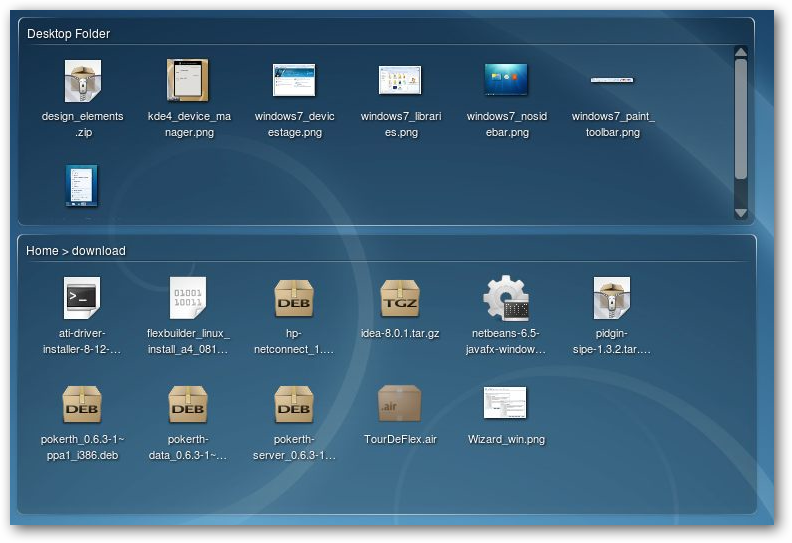 I have added and removed KDE Plasma like GUI few times without any problem on Windows 7 64 bit Retail. Some users in different forums with OEM versions complain it does not work. Kindly allow time to get KDE Plasma components downloaded and installed.

You can try to download from the ftp and browse to install if normal way of installing KDE Plasma does not work. ?Usage is just like real KDE plasma environment, some component will not work, people are developing them.

Articles Related to KDE Plasma for Windows 7 : Guide for the beautiful GUI

Cite this article as: Abhishek Ghosh, "KDE Plasma for Windows 7 : Guide for the beautiful GUI," in The Customize Windows, October 30, 2011, May 24, 2022, https://thecustomizewindows.com/2011/10/kde-plasma-for-windows-7-detailed-guide-for-the-beautiful-gui/.
Source:The Customize Windows, JiMA.in