At the end of 2009, game developer brand Rovio introduced a new game to bring more fun to the smartphones. In this way the Angry Birds Games?born. In order to give the this Angry Birds Birds game?the appropriate place, we have selected the best Angry Birds games created for Android Tablets. Previously we posted Angry Birds Iconswhich became very popular too. That download file contains high quality Angry Bird icon available in 256 x 256 pixels, 128 x 128 pixels, 64 x 64 pixels, 32 x 32 pixels. There are PNG files and ICO files. You can have a look on that as well.

How we have chosen these Angry Birds Games for Android

While writing and choosing this post on Angry Birds Games, we have taken the following factors in to our consideration :

You can type or copy any name of the games listed in this list?and search it in Android Market Place using the Search function. 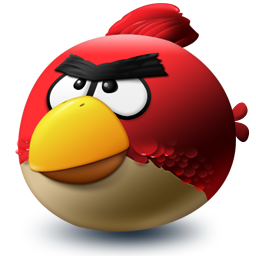 Angry Birds : The original Angry Birds was the first worldwide hit game, which was initially released exclusively for Android. Angry Birds Rio : The most exciting of avian adventures continues! What happens when everybody’s favourite fierce fowl get caged and shipped to Rio? They get very angry! Angry Birds Seasons : Another popular Angry birds game. Angry Birds Walkthrough : This is actually an app, which brings you a list of youtube videos that show you how to get three stars on Angry Birds. ?