With 230 Million Native Bengali Language Speakers, Bengali is the Sixth most spoken Language in the World (Reference) and have one of the most culturally enriched content.

To demonstrate how Google Translator Bengali Language Alpha version works, we have prepared this graphical image, the forum is named Projonmo Forum and written in Bengali using Bengali Online Keyboard.

We have used Google Translator Bengali Language Alpha to translate it to English language : 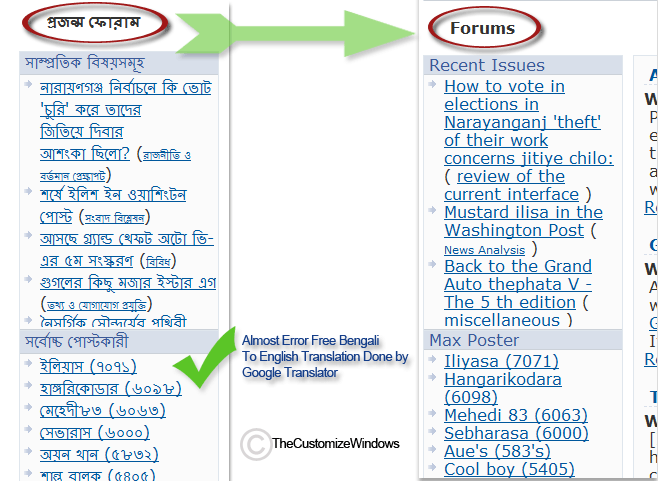 Google made a big difference. A big percentage of the Internationally recognized Indians are Bengali or native Bengali Speakers. Rabindranath Tagore, Amartya Sen are just few names to mention. Despite the participation of native Bengali Speakers in various online activities, Bengali Wikipedia is almost blank as writing in Bengali using the Bengali Keyboard or phonetic conversion softwares were both painful and time taking.