How we have selected these amazing cool Android Apps

We listed the apps in this list of amazing cool Android Apps which appeared unique and cool to us. Primarily we gave importance to :

You can type or copy any name of the apps listed in this list of Amazing Cool Android Apps and search it in Android Market Place using the Search function. 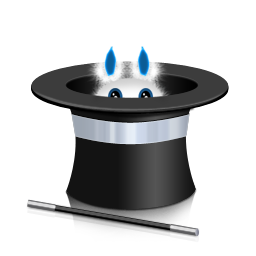 Candle Free : Its a virtual realistic candle. Its flame moves with movement of your tablet using the inbuilt Gyroscope. You can blow it off by usual blowing (near the microphone) or by pinching the wick.

Roll A Joint : ?Sharing pot may be illegal but sharing a virtual pot ?? Roll it and inhale on the phone mic to smoke! The developer has challenged -?Show your iPhone friends an app they’ll never get!

iMilk : If your Tablet was a milk container, then you can drink milk from it like from a can, is not it? iMilk allows to drink milk on your phone!

iBeer FREE : Based on the same ‘principle’ of iMilk, the content can be some golden?liquid, foamy and having bubbles!

We can not publish some very Apps as they are borderline adult.

Rain Sounds : Get the rest you deserve by listening to the soothing sounds of rain.

Let’s Create! Pottery?: ?Pottery making ceramics has never been more simple and fun! Become a true artist and create “one of a kind” pottery items and share them with your friends

SpeakerProximity donate : ?Switch to speakerphone automagically during call with holding your device away. While in a call it will switch automatically between speaker and head output based on the values from proximity sensor.

Multiple Bell Ringer : ?It uses the accelerometer to detect when you move your phone, so it can make bell sounds. Shake the phone to make it ring.

You were not aware of all these Amazing Cool Android App before, were you?

Tagged With apps you never thought were legal