We have tested on a rooted Android tablet.

What was our expectations to create this list of Apps on Best Android Apps For Rooted Android Device :

There might be some near equivalent apps for non rooted devices too. 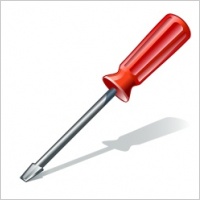 Wireless Tether for Root Users : Clients (your laptop for example) can connect via wifi or bluetooth and get access to the internet using the mobile connection (4G, 3G, 2G) or (in case you are using bluetooth) the wifi connection which is established by the handset.

Root Tools : ?Root Tools is the ultimate tool for unlocked/rooted devices. Now that you are rooted you can customize your phone to the max simply with this app. Increase performance or change fonts and boot animations with a single click.

screenshot : ?Allow to take screenshots of your phone’s screen.