Advertisement
You are here: Home » Northbridge and Southbridge of a Motherboard
Advertisement

Position of the Northbridge and Southbridge on a Motherboard

Components of Northbridge and Southbridge

Northbridge is becoming less important as memory controller and graphics chips are getting in the processor itself now. Classically the nothbridge has?:

In some models, northbride has connection with RAM too. 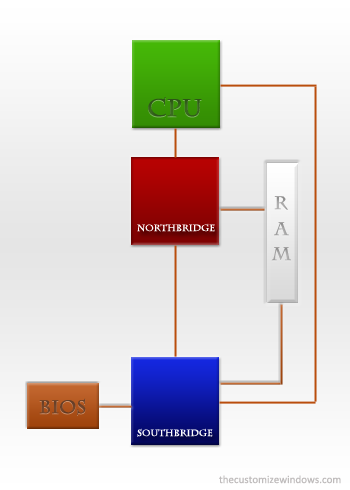 Although importance of northbridge has been lessened now, still monitoring of both northbridge and southbridge is done by the most computers with integrated software or the BIOS.

Articles Related to Northbridge and Southbridge of a Motherboard