Preparation and Requirements to Run Commands on Android Device

This guide on how to Run Commands on Android Device using Windows PC command line tool might not work on older version of Android Devices.

First in order to Run Commands on Android Device you need a USB cable (usually supplied along with the device) to connect it with your PC, Android SDK and Android SDK Platform Tools must be installed. If you are not sure about this step needed to Run Commands on Android Device, you have to read this guide on Lucid Guide to Create Android App partially. 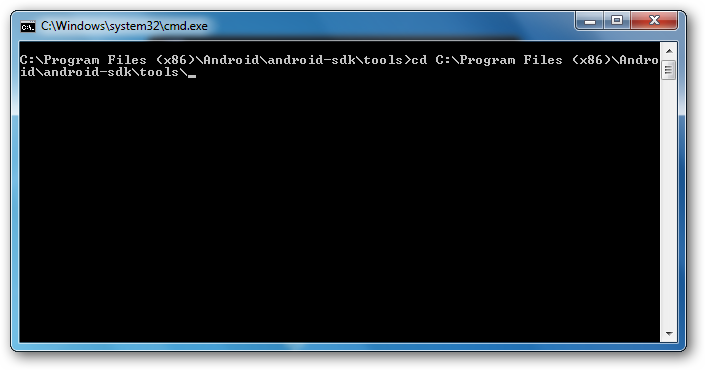 Connect your Android Device  with PC on which you want to Run Commands, before connecting the device, go to SETTINGS and open Developer options to Check the box saying  to activate USB debugging mode.

Now open CMD to Run Commands. As by default Windows will open the user named folder, you need to use cd command to change the directory like :

In later articles, we will the list which you actually can Run Commands.

Interestingly, some have written to use “Open CMD Here” by right click on the folder to Run Commands instead of using very simple cd command. The original idea to Run Commands was of mine though on a forum post.

This Article Has Been Shared 272 Times!