How we have chosen these Best Android Apps for Faster Reboot

While writing and choosing Apps for this post on Best Android Apps for Faster Reboot, we have taken the following factors in to our consideration :

You can type or copy any name of the Apps listed in this list of Best Android Apps for Faster Reboot and search it in Play using the Search function. 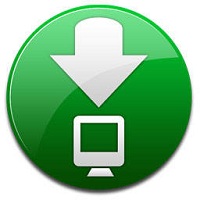 Fast Reboot : Simulates a reboot by closing/restarting all core and user processes and thus frees up memory. Your phone should be much snappier after using Fast Reboot.

Fast Reboot (no ads) :  This is a simple fast reboot app for Android devices allowing you to quickly reboot into recovery, fastboot, re-initialise the system UI or turn off the phone completely.

Reboot Widget :  This widget will reboot (restart) your phone, Remember ‘Allow’ in Superuser for fast 1 click rebooting of your phone.  Requires a rooted device.

AnReboot : AnReboot is a utility app that lets you reboot your Android phone (reboot or reboot recovery).  Requires a rooted device.

We hope you can enjoy some of these Best Android Apps for Faster Reboot.

This Article Has Been Shared 392 Times!