These parts of Cloud Computing XaaS are already in use and we have elaborately discussed each of them in our various articles.

Software as a Service (SaaS) : Probably the most used component of Cloud Computing XaaS. Fortunately or unfortunately, most of the general users uses SaaS without awareness. As there is risk with Free Public Cloud Computing, the condition of the users is somewhat like – residing inside a tent on rooftop and thinking it as castle. Except this point which technology has nothing to do, SaaS is the most successful model. SaaS refers to a business model where a user no needs to buy a software license individually, but it is provided as a service. This difference is comparable with the difference between buying a car and renting car. Examples of Software as a Service are Google Drive, Apple iWork.com and more.

Platform as a Service (PaaS) :  PaaS refers to the approach of an integrated setup of run-time and possibly development environment as a service available to users (read developers and corporates) on demand. Well known examples are Google App Engine, Force.com and Windows Azure.

Infrastructure as a Service (IaaS) : IaaS is defined as a business model that is contrary to the traditional sale of computer infrastructure. This results in a variety of applications possible to use.
Possibly the best known providers of IaaS is Amazon with products like EC2 for computing, S3 for storage and various services of The Rackspace Cloud. 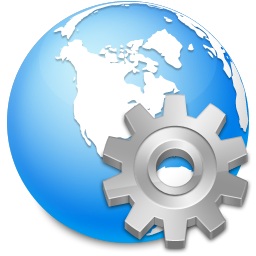 Humans as a Service (HuaaS) : Among Humans as a service we understand human intelligence, as a web service to use. This is interesting mainly for low-skilled jobs such as image recognition, where a computer can not perform properly or do very poorly or slowly. Do not you solve the eye blinding RECAPTHA ?

Hardware as a Service (Haas) : Has been merged with IaaS.

Other components of Cloud Computing XaaS

This Article Has Been Shared 183 Times!