Advertisement
You are here: Home » Cloud Computing India : How Much Safe to Opt for Indian Datacenter
Advertisement

Cloud Computing India is on the rise despite high bandwidth charges due to less incurred cost for skilled management. But, is your data is secured ? Cloud Computing India is important today as, it has been an important business strategy to distribute contents Worldwide, specifically for the South East Asian Region, India perhaps hold a better position than the neighborhood countries due to several factors.

In the technical scenario of Cloud Computing India, for integration with your own datacenter or a colocated server or a dedicated server you need to give the full access via API to Indian Datacenter.

RIM, Apple and Nokia are in favor of the Indian TANCS program (Tactical Cellular Network for Surveillance) and CBI (Central Bureau of Investigation) has agreements for interception of mobile phone and data traffic in India. In early 2011 respected Indian Government tried to pass bill with history of previous failed attempts to establish a law on privacy, which was quite important for this topic Cloud Computing India. Kindly check if there is any update as we have not much knowledge on Law. 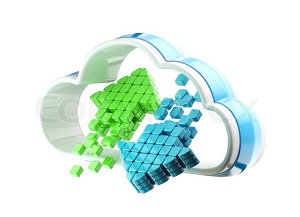 If you have started to sweat after reading this article on Cloud Computing India, there are more to add. As India has a growing GDP, it has always been a target by the terrorists. Do not underestimate the terrorist attacks – simply search in Google with “Mumbai terrorist attacks” (without quotation marks) and you will discover and later understand that,  Privacy issues of Cloud Computing India probably nothing than to imagine the whole datacenter is flipped by Bombs, practically you will have to suck your thumbs.

Cloud Computing India has risks but has advantages too

We said about only the scaring real facts in this article on Cloud Computing India. The Eastern regions of India are apparently safer due to no past history of terrorist attacks, the skilled manpower is less costly that might make Cloud Computing India an interesting arena. In other words, restricted API as well as hardware access to main datacenter in your country along with 4 hourly backup, strong encryption might show the advantages of opting for the option Cloud Computing India.

Articles Related to Cloud Computing India : How Much Safe to Opt for Indian Datacenter