Flash Unit of Digital Camera comes under the collective name of combined lighting equipments used for the need of illumination of objects to be captured. Flash Unit can be mounted on a Digital Camera as in build system, typically for the consumer grade cameras, where as DSLR cameras are equipped with a in built Flash Unit as well as a Hot Shoe Mounting System for attachment of External Flash unit.

Flash unit is fired for a relatively short exposure time. For this, the time in which the triggered flash and illuminated object with reflected light, needs to synchronized with the shutter speed of the camera. Since the flash unit, by design briefly illuminates, it must be initiated at a time at which the shutter is fully open. The fastest shutter speed at which a focal plane the shutter exposes the sensor completely is called flash sync speed . By different flash methods, different effects and moods can be achieved in the photo.

An important criterion in the flash unit is the color of the light color which is expressed in Kelvin. Most current flash unit emits a natural white light ranging from 5500 K to 6500 K, quite similar to direct sunlight. These Flash Unit can therefore be easily combined with sunlight for example, for the fill in effect of dark areas under bright sunlight. 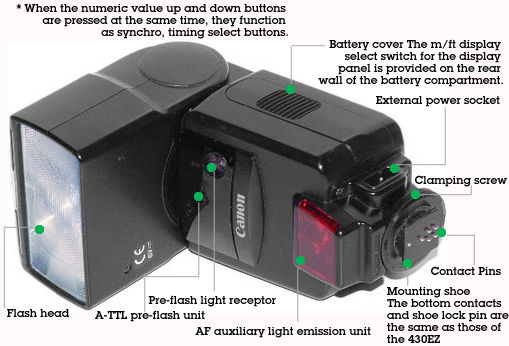 Types of Flash Unit and their illumination system

It is beyond a single article’s capability to cover all the details of each type of Flash Unit and their illumination system. Flash Unit itself a vast topic, however, we are covering the basics only.

This Article Has Been Shared 400 Times!