Kernel of an operating system kernel belongs to the field of computer science and software engineering and it is the Kernel which build the operating system. Kernel acts like an Layer to bridge the hardware capabilities translated to the softwares. Firmware, in the middle works like a middle man. Previously we published an article on Kernel Panic and while explaining Kernel Panic, we said some thing about hardware checking mechanism of an Operating System.

What is this Kernel in simple words ? 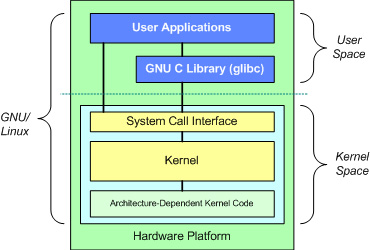 What a Kernel does for the OS ?

Kernel provides the interface for programs to start, stop, give memory access etc. Its the Kernel which controls the to processor, devices, memory. So Kernel does the distribution of hardware resources to the user programs, including the mapping of file systems on hard drives.

In other words, if you forget the Operating System in middle, for the sake of understanding how Kernel works, simple think you will run a Game on your computer, to run the game the hardware components like graphics card, RAM, processor will be used. The game is the software here and its the Kernel which makes the communication.

This Article Has Been Shared 262 Times!