OpenSSL is the Open Source implementations of SSL network protocols and various encryption programs for command line requesting, creating and managing certificates. We published an article on SSL (Secure Sockets Layer) and TLS (Transport Layer Security) before and how to install SSL Certificate on Rackspace.

OpenSSL is used under the license from SSLeay and its own license and in combined form. Both are the original BSD license like. The main limitation of OpenSSL  is, for third party products, OpenSSL include OpenSSL and the two Authors of SSLeay. Despite its this limitation, OpenSSL is suitable for personal usage free of cost. 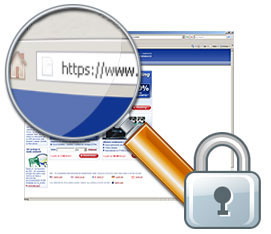 Version 0.9.1b of 1998 was not published, but by a new team further developed around December 1998 and published as OpenSSL 0.9.1c. Ralf S. Engelschall, co-founder of the group, describes the development of OpenSSL as a prerequisite for the creation of mod_ssl, the most widely used encryption module for Apache web server. In contrast to the almost final mod_ssl, which only needed nor the maintenance of the development of OpenSSL is not yet complete. Instead, dedicated, free programmers would continue to design applications, building on the already established basic functions of OpenSSL.

Other Notes on OpenSSL

On 13 May 2008, the Debian project announced that the OpenSSL package of distributions since 17 September 2006 (version 0.9.8c-1 to 0.9.8g-9) contained a security vulnerability. An error in a Debian-specific patch with the information contained in these packages had random number generator generated key which are predictable. Affected were SSH – OpenVPN -, DNSSEC keys, key in X.509 certificates and session keys in SSL / TLS connections ( HTTPS). The key with GnuPG or GnuTLS produced were not affected. The vulnerability was created in an attempt to eliminate a warning of a code validation software, instead of  a removing a single relevant line of code that caused the warning, a second line was also removed.

OpenSSL is available for most Unix-Like operating systems and Microsoft Windows Operating System.