Why VMware to Run Any Operating System ?

Make sure that you have enough physical RAM, we recommend at least 4 GB for 64 bit version of Windows 7 , active cooling fans and most importantly the processor should support Virtualization natively. There are ways to run virtualization on non supported processors, but we will say to stay away to save your hardware.

Basically its very easy to Run Any Operating System on Windows Using VMware Player. We are just pointing out the basics and you can practically use any Operating System to test or use it to run commands on Server, do other works. 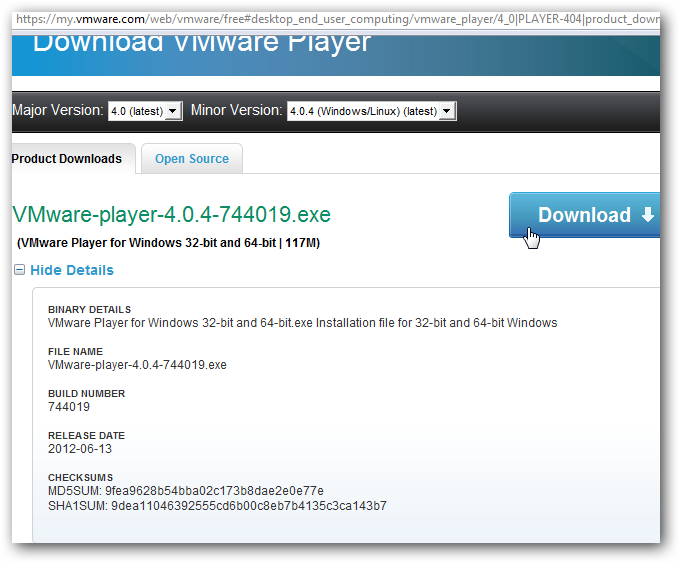 Install it, its an exe file.

Here is a free 14 paged pdf from VMware, you can download it for free, its enough detailed guide itself to run any Operating System on Windows Using VMware Player Freeware. We have not described as a full guide as they have official tuts for the beginners.

Tagged With how to run any operating system on windows , operationdxg

This Article Has Been Shared 846 Times!