Introduction to Desktop Virtualization with VMware

For the system administrator, the option of desktop virtualization is of great benefit. A centralized management of all available resources is possible. When updating the operating system or application, it is sufficient to bring the base image in the virtual environment to the latest version. New software need not be distributed to each desktop, but is updated once centrally. A switch between New Age and software version on failure is possible without much delay.

Further advantages result from the central database. This allows companies to reduce the cost of storage and put the focus on a few, high-performance and highly available storage components. The backup data is also centrally in the data center, which can increase data security. 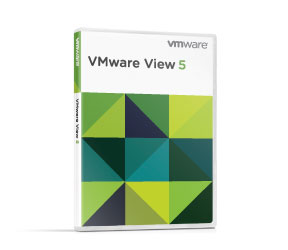 The following are the advantages of this mode for Desktop Virtualization with VMware:

The local mode of Desktop Virtualization with VMware is available only when VMware View is of Premier Edition.

Notes on Desktop Virtualization with VMware

The clients (thin client, desktop and laptop) connect to the VMware View Manager (or VMware View Connection Server) that the requests to the resources assigned (virtual machines, terminal servers or desktops on physical machines). Some components are discussed here.

View Agent installed on each desktop to serve as a source for a View Desktop that can be installed. This is indivisible from it if this is kept physically or virtually. The agent is required for example, print function on the local client and the connection of the locally connected USB devices connected to the desktop.
View Client

For Windows or MacOS, there is the possibility to connect the VMware View client to a desktop. This client is installed on the system and provides for the authentication of the assigned to the user desktop. View Client also supports the local mode to the desktop operate without a permanent connection to the data center .

View Composer linked clones is needed which are installed as an add-on to the vCenter Server. With this tool, desktops can be based on a base image clone quickly.

The VMware View Connection Server is the central mediator between the clients and the available resources.

The View Manager is in itself not a separate product package, rather it is a summary of the many components.

With VMware View Portal, an additional opportunity to have access to hosted desktops is added.

To the end user to ensure safe delivery of desktops via the Internet View Security Server will be placed before the View environment in a DMZ (demilitarized zone). All requests that are coming from outside the company passed over these servers. As a result, an additional safety zone is created, so that made a direct access to deployed desktops. By curing the appropriate firewall systems a very strictly controlled access to the corporate network is guaranteed.

Conclusion on Desktop Virtualization with VMware