Run Ubuntu Live Using External SATA Hard Disk. You need not to purchase an external hard disk, even a desktop SATA or PATA Hard Disk will work for this project. Ubuntu right now is one of the most advanced and well supported Operating System. Let us do some fun work.

There is an official Windows installer for Ubuntu. This creates a dual boot system without any problem. But, take that, you want to keep your boot clean or want to use live version of Ubuntu instead of installing it. Most of us has our old Desktop hard disks, some time we never use them as Laptops are mostly used now, or have an external hard disk some how. Previously we wrote how to use an Internal Desktop Hark Disk as External Hard Disk – nifty budget method for our this project –How to Run Ubuntu Live Using External SATA Hard Disk. Understand the targets :

When you will attach the External HDD with your Laptop / Desktop, Windows by default will not treat it as External drive. It will be listed beside your hard disk drives in My Computer. For this project to Run Ubuntu Live Using External SATA Hard Disk, we have used a desktop SATA, its Western Digital 500 GB hard disk with bigger cache, intended for servers.

Personal History : My desktop’s motherboard died after I bought this HDD (coincidentally), as there is no meaning to buy old Intel Motherboard (processor have to be changed too due to change in Pin clips, RAM will also be needed – ultimately its better to buy a new PC), so I made it external drive for backup.

Download a small software named Universal USB Installer from here. Make the External SATA Hard Disk attached and ready. Double click to Run it. Select the right iso from drop down (use the latest stable version), tick mark the option saying “Download the iso” and let it be downloaded : 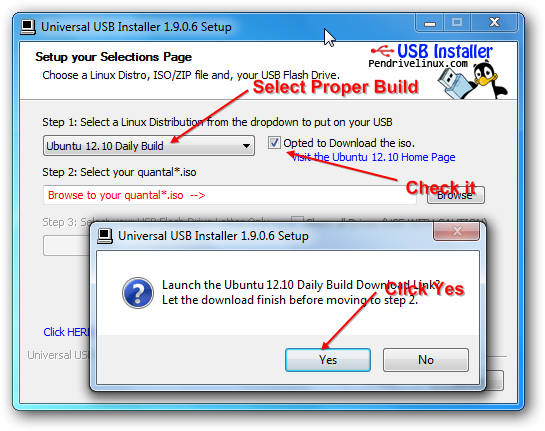 Second Step to Run Ubuntu Live rather to build is properly needs attention : 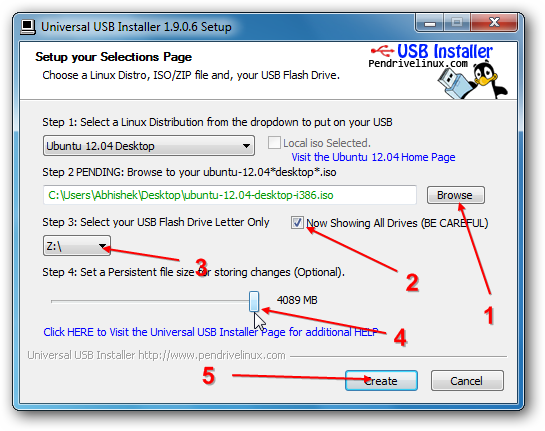 Internet connection is easy to configure, its wizard based, almost all devices are properly installed in Ubuntu by default.

Once you prepare it, the  External SATA Hard Disk gets renamed to PENDRIVE. After running it once, It becomes Install Ubuntu : 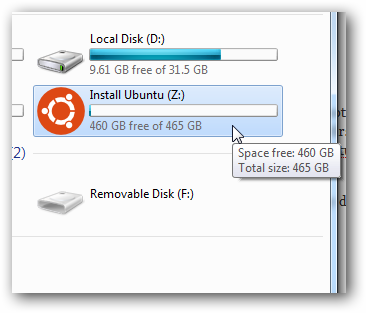