Advertisement
You are here: Home » Wi-Fi : The Standard for Wireless Fidelity
Advertisement

Wi-Fi often used synonymously with WLAN, WLAN and Wi-Fi is basically has a difference. Wi-Fi allows mobile devices to exchange data wirelessly at faster speed. Previously we published a guide on how to use Portable Wifi Hotspot Devices to Share Your Internet Connection, this article on Wi-Fi will add the theoretical knowledge. The phrase “The Standard for Wireless Fidelity” was used by Wi-Fi Alliance as a slogan in 2003.

WLAN or Wireless Local Area Network describes a local radio network with a standard of the IEEE 802.11. Quite obviously Wi-Fi also follows IEEE 802.11 standards. Wi-Fi is a better way to exchange data, including streaming data particularly for the mobile devices like smartphone, tablets etc. which is much faster and range is longer than that of Bluetooth. Although the application of Wi-Fi and Bluetooth is not really the same. 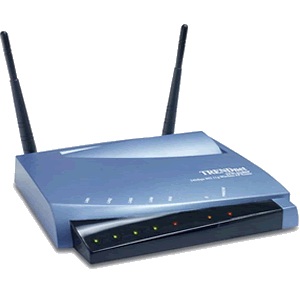 An access point of Wi-Fi is often termed as hotspot which has a range of about 65 feet and does not matters much with the interference of optically opaque materials like a wall. Although in outdoor the performance of Wi-Fi increases significantly.

Devices and Security of Wi-Fi

Wi-Fi is well known for security flaws. With the implementation of Wi-Fi Protected Setup (WPS), the situation has been a bit better but still, Wi-Fi is not that secured. A wireless network interface controller is needed for a computer to become a hotspot. In many Public places like in airports, hotels, and restaurants Wi-Fi hotspots are provided to connect to the Internet free of cost as a marketing strategy. The actual application of this method of providing free Internet through Wi-Fi started in Airports and busy persons needed Internet connection and providing a wired Internet was messy. Piggybacking in Wi-Fi is quite common and sometimes done for only fun by the young. So one must be aware of Data Security when Wi-Fi is ON.

Articles Related to Wi-Fi : The Standard for Wireless Fidelity